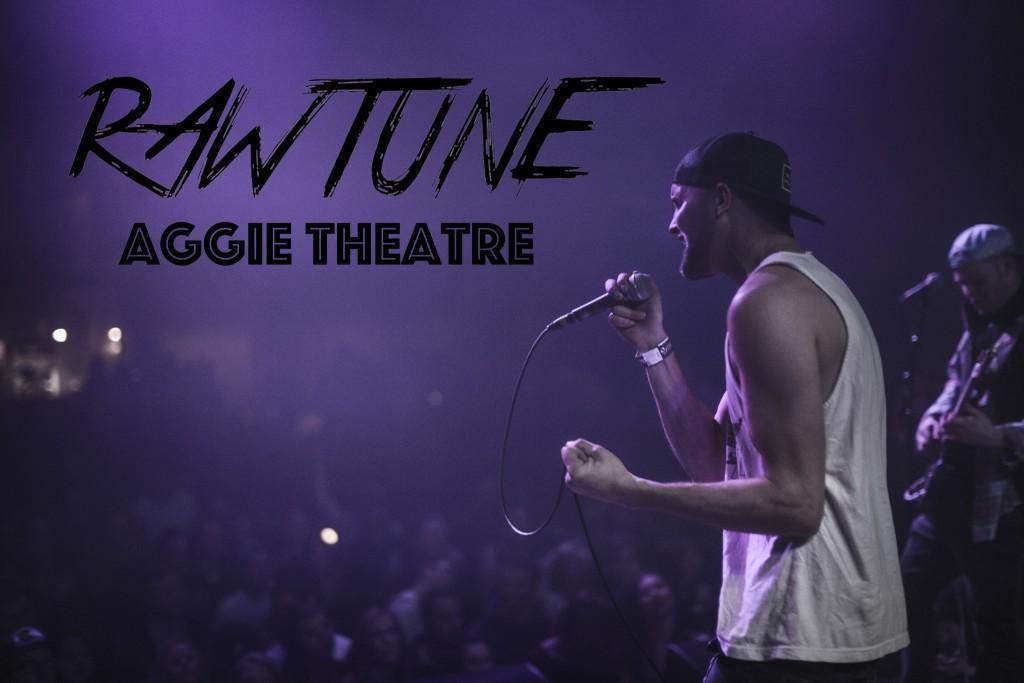 What is Rawtune all about? First off, it’s pronounced ‘rotten’ for the true fans; now that you know, you’re like basically part of the inner circle. Congrats.

I had no idea how the name was pronounced when I saw Rawtune for the first time Feb. 12 at the Aggie Theatre.

As the crowd teemed with anticipation for the independent rock/reggae band, I soon became aware of how many “inner circle” fans were surrounding me; the theatre was more packed than I’d ever seen for an opening set.

From friends, fans and fellow first-timers alike, I quickly learned that despite the headlining band to perform after them, this was the show that people came to see.

The rumbling noise of the local crowd around me transformed into an all out roar as Rawtune took the stage and started off their “rotten” set with “Billy the Kid” from their 2014 EP, “Pull The Trigger.” Once again I felt an overwhelming sense of the crowd’s excitement as the packed out venue sang along to Rawtune’s original song.

The audience transformed into a swaying ocean; singing, screaming and full-on rocking out as Rawtune covered Rage Against the Machine’s “Killing in the Name”.

To my surprise, the energy only rose after the funk/metal classic. Whether it was a Rawtune original or a unique twist on classic reggae/rock bands such as Sublime, the audience couldn’t get enough.

The fans sang along as the band brought its set home performing “Homegrown” a groovy Reggae track about the band’s origin and love for the Coloradoan lifestyle.

The band consists of 4 musicians: Karl on bass guitar, Matt on drums, and Zach and Sebastian respectively as its guitar and vocal frontmen. Some of them knew one another throughout childhood while others met through college experiences and the CSU fraternity, Tau Kappa Epsilon.

With help from friends including Tyler Perdue and others, Rawtune booked and performed its own shows for the first six months of its career before bringing in a new managing partner to help escalate its progress.

Rawtune recorded its first EP “Pull the Trigger” utilizing a single mic in a living room of an off-campus CSU apartment. Throughout the recording process, the band performed at venues like Fort Collins’ Colorado Room and Casselman’s Bar in Denver.

On June 6, 2014, the band debuted the EP at a house party hosted by a mutual friend Tim Coon, who was later asked to join the Rawtune family as band manager. The work continued.

“Cut My Leash” was released Jan. 22, 2016 at Hodi’s Half Note during a sold out show with the touring bands Ballyhoo! and Passafire.

Teaming up with many local Colorado music projects like Mindstate and P-Nuckle, Rawtune intends to entertain its current and future fans alike by branching outside of the Colorado geography, and setting foot within its surrounding states.

There are several plans to tour in the works, but the band will always call Fort Collins home.

Their fans showed massive support at the album release event along with its most recent set performing alongside Write Minded and Na’an Stop at their performance at the Aggie Theatre.

What ever is next for Rawtune, whether it be touring or providing some hometown artistic contribution, is sure to entertain today’s youth and bring the ruckus Colorado is craving along with it.
You can stream Rawtune’s self-recorded album on Spotify, Apple Music and Google Play. Take it home by visiting iTunes, Amazon, Bandcamp, or of course their website.<