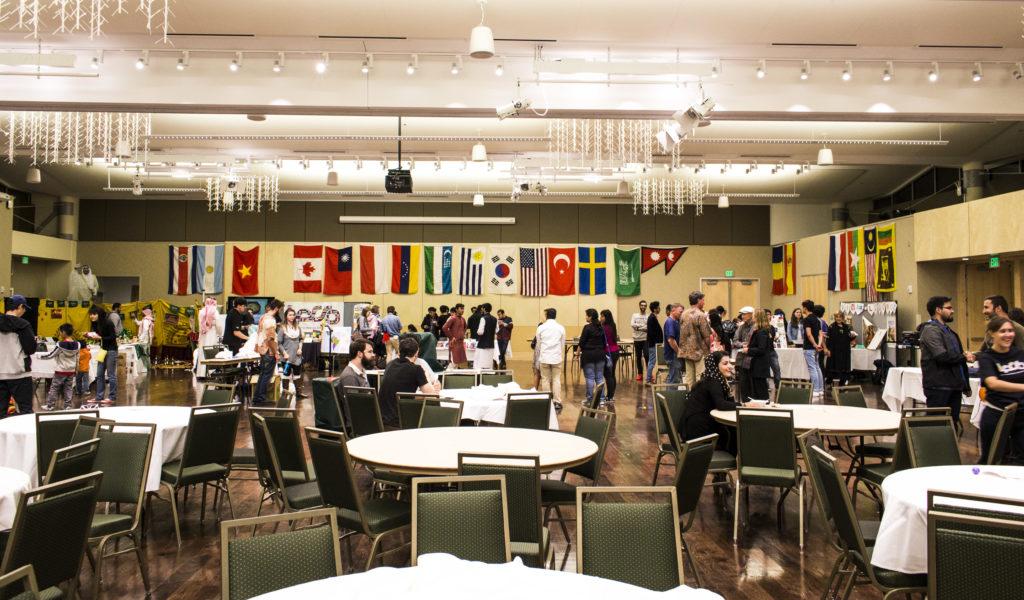 The 63rd annual World Unity Fair hosted by Colorado State University International Programs kicked off in the Lory Student Center Nov. 5, 2016, and its energy was unrivaled.

With booths showcasing more than 20 culture and nationality groups and attended by around 3,000 people, the fair was a chance for students and the community to come together from any culture and identity and enjoy the diverse and rich traditions of other nations.

The event began at 3 p.m. with a Youth World Tour, and progressed into an International Bazaar, various booths showcasing different cultures and wrapped up with a World Talent Show, where groups in attendance had a chance to perform traditional dances and music.

The Bazaar featured gifts and trinkets to be bought from around the globe, while the culture booths showcased groups’ languages, traditions and clothing, while members were excited to engage with anyone who was interested.

The scene in the Lory Theater before the performances took place was threaded with excitement, joy and pride. The various groups in attendance applauded and hollered as each performance took the stage, clapped along to the music, and multiple times broke into chants supporting the organizations they were a part of.

Those who were invited to attend and showcase their cultures were honored to be part of the progressive and long-lived annual event at CSU. There was nothing but smiles to go around and knowledge and diversity to be shared.

For more information on the World Unity Fair at CSU and its sponsors, please visit their website or their Facebook page.