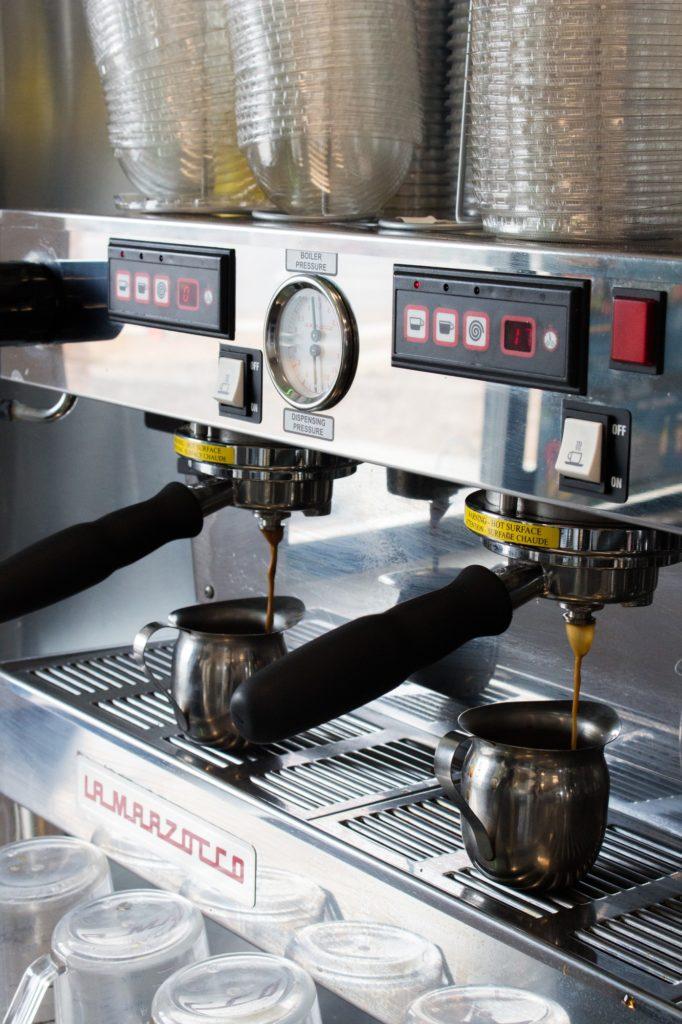 One thing that makes Dutch Bros stand out is the lack of a drive-thru speaker.

“We want to have the relational aspect of talking to people face-to-face,” said Julianna Goter, Social Media and Marketing Director.

Although the company made its mark in northern Colorado just last year, Dutch Bros was founded in 1992 in Grants Pass, OR. by dairy farmers Dane and Travis Boersma.

“[They] are Dutch, hence the name Dutch Bros,” said Nate Frary, owner of the Dutch Bros franchises in Fort Collins and Loveland. Frary explained how the franchising of the company began in southern Oregon and expanded out to other states in the northwest, finally making its way into Colorado.

Colorado State University student Ben Kirby works as a barista at Dutch Bros. “It’s a great time,” he said. “It’s a fun environment but you also have the opportunity to serve the community and just love on people.”

Everyone is sure to find something they love at Dutch Bros whether it is a simple an Americano, or their crowd pleasing “Kicker,” an Irish crème breve. More recently, Dutch Bros released their private label cold-brew.

“We have our own private labeled energy drink called Blue Rebel and we can customize that with any flavor,” Frary said.

Dutch Bros stays involved in the community by holding Give Back Days. In October the company sells mugs for breast cancer awareness in order to raise funds locally and nationally. Additionally, each May all Dutch Bros locations take part in a fundraiser called Drink one for Dane.

“All of the proceeds from that day go to the Muscular Dystrophy Association to support research for ALS,” Goter said. “One of our founders, Dane, died of ALS a few years ago, and every year we do this to honor Dane.”

The company strives to build relationships with their customers and the community.

“We would like to make it more of an experience and a place for people to get a smile on their face as they’re getting their drink,” Frary said.