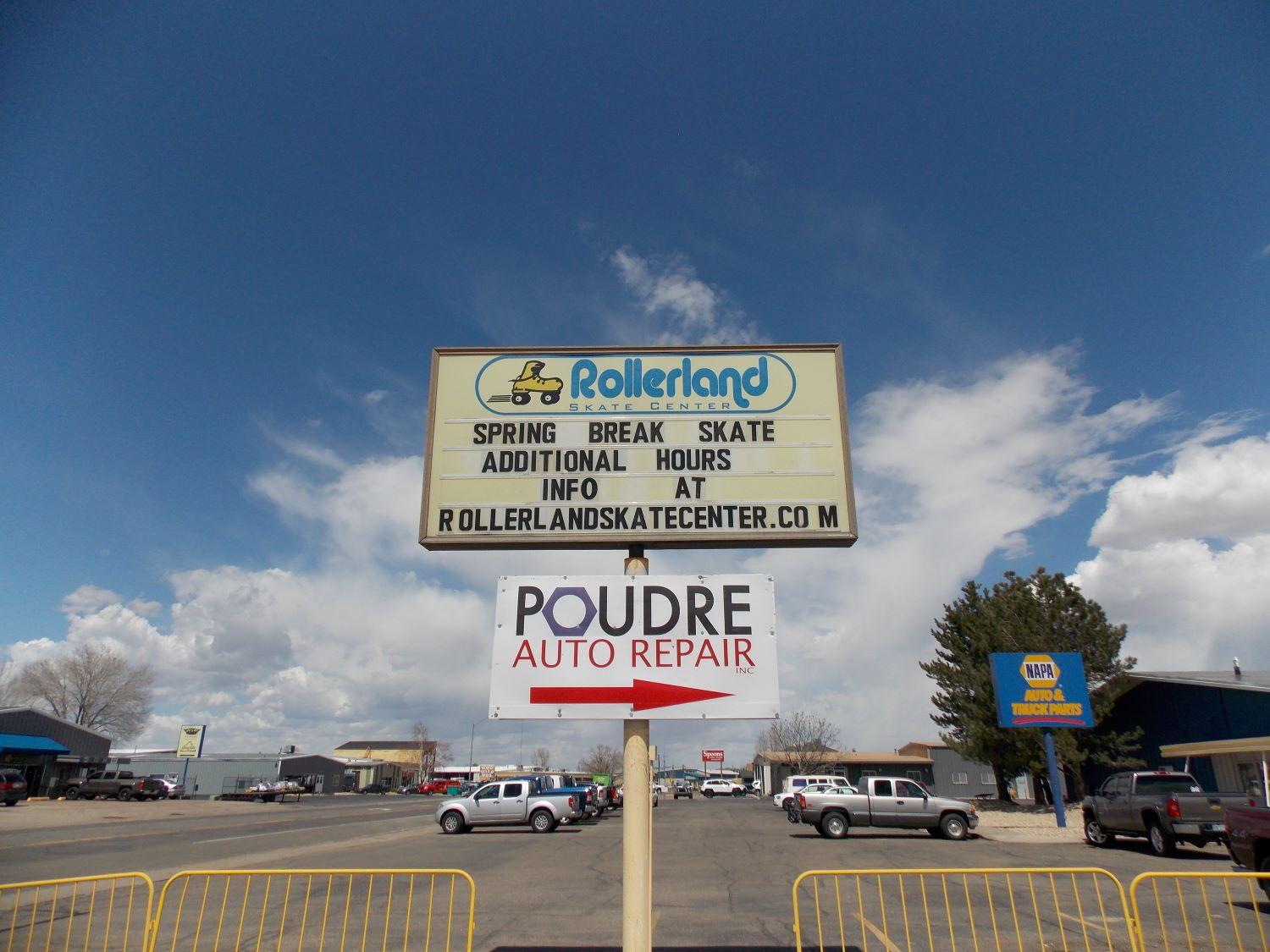 Social isolation has introduced many problems for small business owners across the nation. Stores struggle to find creative solutions that can follow health and safety guidelines while also getting some sort of cash flow. The common solution has been moving face-to-face sales online. Small stores like the White Balcony and Firehouse Bookstore have started delivering or mailing products out, while most restaurants have switched entirely to to-go business.

But what do businesses do when there’s no online option? No back up at all?

For Rollerland, that has meant a full stop in income. For weeks.

“Thursday, March 12th. That’s when it started impacting us,” Tawnika Trevena recalls. She’s the operations and marketing director of Rollerland, as well as the daughter of Eddie Trevena, the founder and owner. “The school party that night – We should have had 125 people. We had 90.”

This had been the moment Tawnika had been anxiously expecting — the point where COVID-19 finally made its way to Larimer County.

“Thursday, March 12th. That’s when it started impacting us.” —Tawnika Trevena, daughter of Rollerland founder and operations and marketing director of Rollerland

The first few weeks of March were delicate for businesses. New cases of the coronavirus were popping up across the country as greater frequencies, but many Americans tried to continue living in normalcy for as long as possible. States without many cases largely carried on, business-as-usual, excluding the spike of panic-hoarding TP.

The first week of March had seen a lot of optimism. Students continued to prepare for their spring break while Fort Collins residents planned their St. Patty’s weekend. The Coloradoan even ran an article of things to do on the holiday.

But within the span of about three days, the dam broke and COVID-19 became a tangible threat to the Fort Collins community. The first case of the virus was documented in Larimer County on May ninth. On the tenth, Colorado Governor Polis declared a State of Emergency. On the 11th, the University of Colorado and Colorado State University announced they would be taking their classes online. On the 13th, Colorado lost it’s first resident from the virus.

“Things started falling apart pretty quickly,” Tawnika says. There had been another school event planned for that Friday, but that school had called earlier that week to cancel the event. That was the first cancellation of many. From that point on, drop-in traffic decreased and all scheduled events at Rollerland were cancelled.

“This is unprecedented,” Tawnika said.

She grew up with Rollerland, and has seen the business survive ebbs and flows. Her father, Eddie Trevena, opened the rink in 1980 after having success managing another rink, Wagon Wheel Skate Center, which also remains in the family.

Skating is a core element of the Trevena family’s identity. Eddie Trevena met his wife, Mary, at a rink in Denver in 1959. He was a passionate skater, and competed in skating freestyles in his youth. This creative and expressive form of roller skating to music has been mostly forgotten by the general public, and is survived by the freestyle ice skating tradition.

Tawnika remembers some years that the rink wouldn’t be as popular, and they would have to tighten their budget. But even when business was low, it was never zero.

Eddie says he’s never seen anything like this before. Nothing has come even close.

“This is definitely a scary time,” Tawnika says.

This is definitely a scary time.” —Tawnika Trevena, daughter of Rollerland founder and operations and marketing director of Rollerland

Having no form of income puts Rollerland immediately in the hole. Even without operation costs, there are still baseline water, electricity, and gas bills, website and social media maintenance charges, property insurance, and property taxes. The four full-time employees suddenly have no pay, and the 20 part-time employees are now at risk of losing theirs.

Tawnika herself had been job-searching just before I called.

“We as a community know we’re going to lose some skating rinks,” Tawnika says.

The losses endured during social distancing put strain on an already stressed community. Roller rinks have dwindled over the past few decades as roller skating has lost its cultural prominence.

Perhaps that’s why the fates of the few remaining rinks, like Rollerland, are so precious. They are some of the few places for people to access the legacy of roller skating. Roller rinks are a piece of history, the same way drive-in movie theaters and record stores are. Through the novelty and retro lights we are transported back to another time.

Everyone has their own special memories of skating. To the Trevenas, skating means family identity and sharing this passion with others. To children in Fort Collins, roller skating is associated with the exciting after-school fundraisers frequently held by Rollerland. Skating is a place to connect to classmates and build community outside of the classroom.

The nostalgia of roller rinks has also led to a revival in adult skaters. Despite most skating rinks being focused on children’s entertainment, adults in their mid 20s and 30s across the nation have started picking up the activity.

“It’s been a surge of this being entertainment for adults, which is really fun to see them come back, because they’re reminiscing,” Tawnika says.

This revival had been amazing for business, Tawnika says. Before COVID-19, they had been having the best business they had seen in four years, and some rinks across the country were doing better than they had in ten.

To be on the upswing only to cut down is chilling for small businesses. But it shows the amazing opportunity college students have now more than ever to support local businesses.

“You can purchase gift cards from us,” Tawnika says, listing their voucher offers as the only form of income they have during this period. The vouchers are offered through a pop-up on the Rollerland website, or by phone to be delivered by mail.

When making plans with friends for once everyone finally emerges back into the public world, consider giving roller-skating a go.