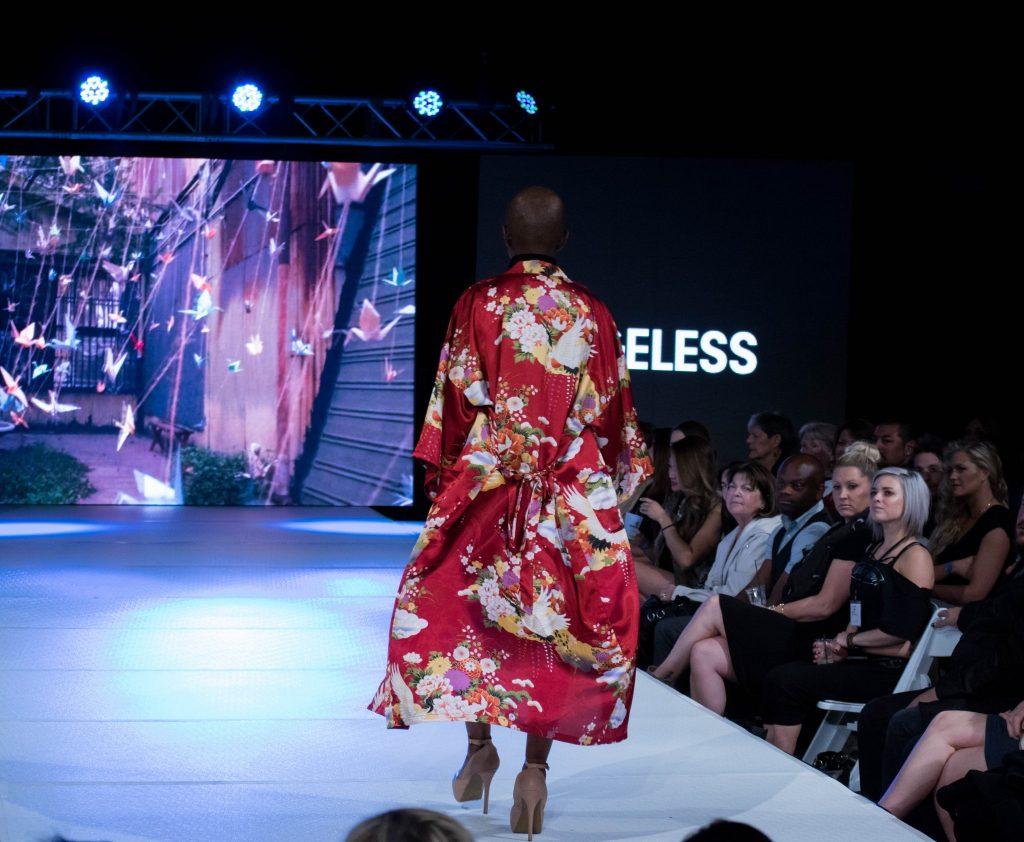 303 Magazine, a local metro-area style and culture magazine, held the Spring 2016 Denver Fashion Weekend for five nights at City Hall downtown, officially sponsored by Schomp Automotive of Denver. Since 2009, Denver Fashion Weekend has been exploding with talent and showcases of local designers, boutiques, well-known national brands and hair shows that are pure forms of art.

The second night of DFW consisted of local designers and non-traditional ensembles and models. The models are referred to as “alternative models,” which consisted of featuring “plus-sized, petite, tattoo and models over 40 years of age,” according to the show program.

The variety of models and collections demonstrates the designers’ hard work and achievements in the evolvement of Denver’s fashion community and its growing stance in the fashion industry as a whole.

“I loved DFW night two because we are announcing beauty in so many different categories,” said Laura Schweizer, host of DFW night two.

Not only are the models unique, but the collections themselves were classic yet daring. The contrast is wide and visually diverse because not one designer’s collection is the same and the models also speak to that standard as well.

“It’s not just one single look that defines beauty,” Schwizer said. “So many looks, combined, were encompassed in this amazing show.”

Schweizer, a broadcast journalist for six years and a part-time event hostess, exemplifies the energy of the growing style and culture in the Metro Denver area all thanks to the contributions of 303 Magazine over the course of 12 years.

Not to mention that her unique look with dramatic makeup, a sky-high up-do and a flashy dress to match, all contributed to the tone of the show.

“The fashion community here in Denver is on its way up. It’s growing and expanding,” Schweizer said. “Everyone should check out DFW at least once, especially if you are already a fan of this emerging city.”

On the topic of an emerging city and the styles you see on the streets of LoDo and uptown Denver, there are certainly fashion visionaries experimenting with the trends of today and of the future.

The Androgynous and Inked collections were the most experimental, with silver, metallic face masks and a “studded zombie” look for the Inked models. The “studded zombie” masks contained studs glued to the faces of the models and beads surrounding their eyes.

The makeup was almost unrealistic, as if the model had transformed into something other than human. The futuristic and progressive vibe was present during these collections — progressive meaning limitless for both sexes of the models in the Androgynous showcase.

Wearing nothing but white undergarments, the Androgynous models (one in particular) showed the meaning of versatile gender identity when she stepped on stage topless.

At first, the crowd was stunned, then instantly mesmerized by her bravery to “free the nipple” as if it were societally acceptable. For that moment in time, it was completely appropriate and one almost forgot she was topless due to her talent as a model to strut the runway, not picking particularly any side of sex.

It was a moment of true equality.

The Ageless collection was yet another triumph showcasing models over the age of 40 and up.

The confidence each of these ladies displayed encourages that fashion is timeless. Every woman deserves to be stylish despite age.

Many of the looks in the Ageless collection consisted of long, form-fitted black gowns, some of which were made of metallic material. Kimonos were a popular piece in the collection, but also in the other collections as well.

Continuing throughout the night, the local designers took the stage with Kotomi Yoshida and Kimono Dragons Collection by Frances Roces, Marie Margot Couture by Maggie Burns, the Rachel Marie Hurst Collection and, finally, NIGHT by Charlie Price, the founder of DFW Hair Show, burst on to the scene this year with an amazing, simple gown collection for women.

The Petite model collection was mainly “tutu”-inspired clothing, with the use of the tulle fabric in several of the designs. The color scheme here was light and child-like due to the pale pinks and blues.

Charlie Price also experimented with tulle, although his collection was far more mature and risqué because the tulle fabric did not cover the models — shape-wear undergarments concealed the models.

The simplicity and minimal coverage of his designs demonstrate the trend of shape-wear, including bodysuits to accentuate the female figure and draw attention to the waist and legs.

With the combination of casual chic and old Hollywood elegance, DFW night two contrasted diversity with individuality and an overwhelming amount of spectacular designs.

Everything from the hair, the hours of makeup and ensemble to complete the looks made DFW night two a complete success and representation of Denver’s competitive fashion scene.

For more show highlights and insight to the following nights of DFW, check out the top moments of Denver Fashion Weekend Spring ’16.