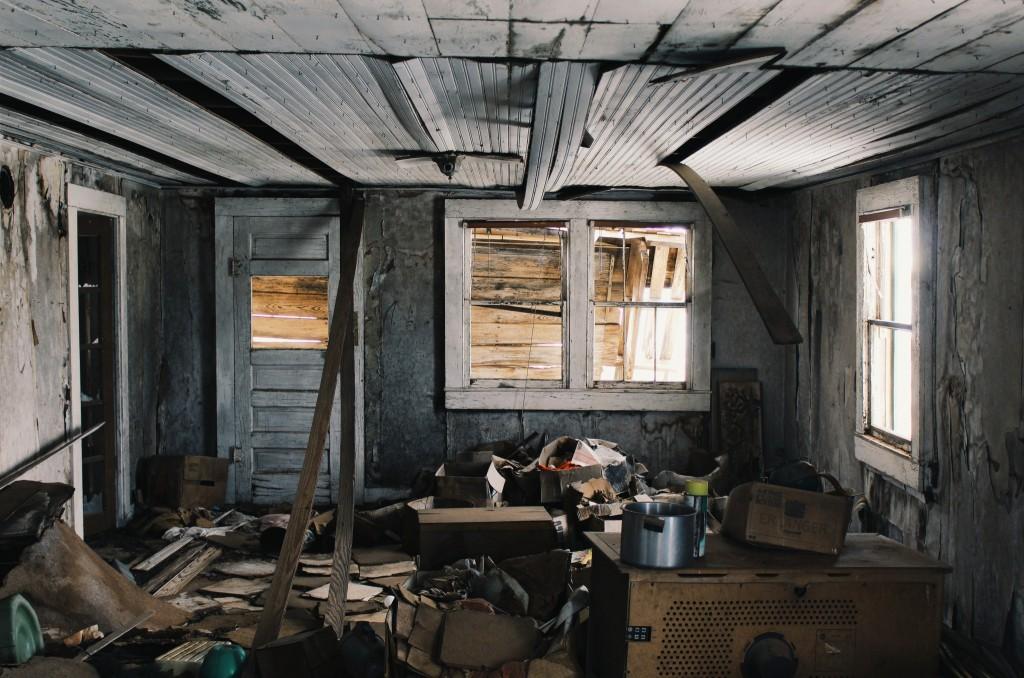 Despair. Anguish. Desperation. These are feelings that come to mind when you visit ghost towns in places like rural Oklahoma. According to Wikipedia, a ghost town can be defined as “an abandoned village, town or city, usually one which contains substantial visible remains.” In many cases, as I learned, “abandoned” does not mean that there are not people still living in that town or city. The three towns I explored — Reed, Vinson and Texola — still had at least a few standing homes with fairly new cars parked in their driveways. I like to use the word “semi-abandoned” because it is far more accurate.

Right before the new year, I ventured off on a 10-hour drive to visit an old friend in Oklahoma. I-25 southbound is littered with abandoned homes and towns, especially once you get into New Mexico. Seven hours into my journey, the unexpected happened. I got caught in a blizzard. Visibility was less than 50 feet, and the sun had already set. I managed to find a safe haven at a gas station and there I spent the night. Thankfully, my parents had just bought me a thermal sleeping bag, and as weird as it sounds, it really wasn’t that bad. I was quite warm.

Upon waking up, I visited a local hotel to clean myself up. I walked up to the receptionist and asked her if I could pay for a meal even though I hadn’t spent the night there. She was unsure, so she recommended I speak to the chef of the breakfast. Humbly, I approached the woman and explained to her that I just wanted to pay for a meal. “It’s $13,” she replied. “Cash only.” I asked if there was ATM around because I didn’t have any cash at the moment. They didn’t have one. Confused, she asked me why I didn’t have a meal voucher. “Because I slept in my car,” I replied. She replied with a serious and concerned look, “You will eat.” Southern hospitality at its finest. Hash browns, biscuits and gravy, sausage, eggs, coffee, waffles, pancakes — you name it, they had it. And for me, it didn’t cost a dime.

Eventually, I did make it to Oklahoma, though I was delayed several hours due to highway and interstate closures. The blizzard had caused snow drifts as high as five feet in various parts of the town. Upon entering Oklahoma, I saw many strange sights caused by the blizzard the night before: a roof of a gas station collapsed, a car nearly covered up completely by snowdrifts and dozens of telephone poles snapped in half.

Reflecting on my journey, I will say this: There’s a certain beauty behind abandoned places. To stand in the wreckage and know that this place was once someone’s pride and joy, once beautiful in its own right, makes you ponder the swiftness with which life can change. What is now will not always be forever.

For more insight regarding these abandoned towns in Oklahoma, visit Abandoned Oklahoma.