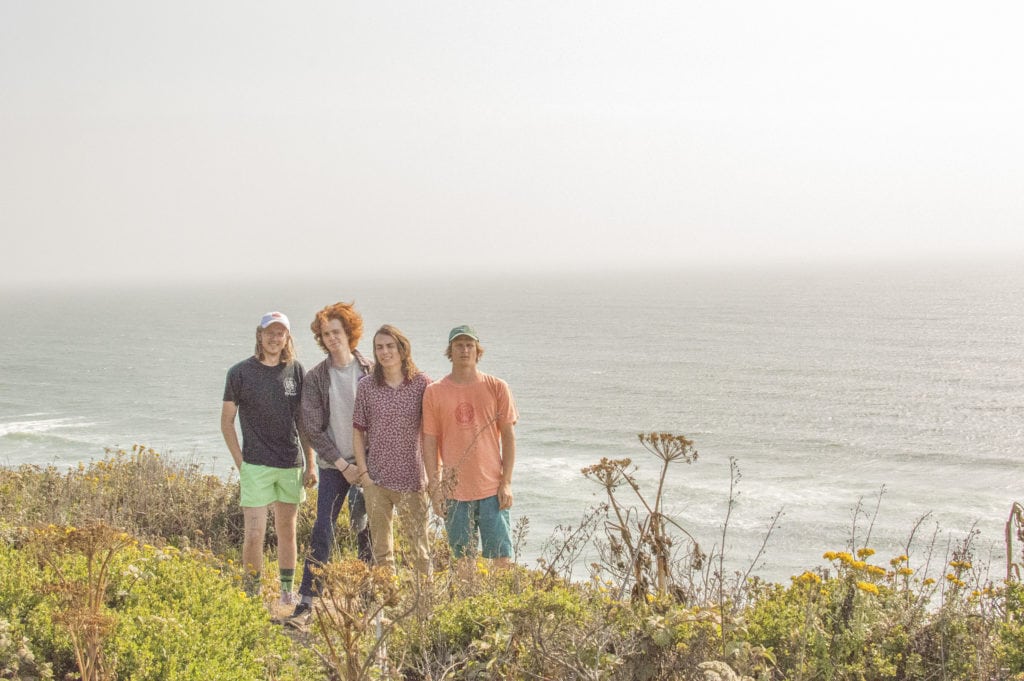 Everyone has dreamed of living the rock star lifestyle. Sleeping in a van, eating Taco Bell for every meal, wearing the same three sweaty t-shirts for days on end. I got the chance to experience it. And let me just say, it’s everything you expect it to be, while at the same time taking you completely by surprise.

For two and a half weeks, I lived in a Sprinter van with the five sweaty boys of Bloomers and an entire band’s worth of music equipment. I was their photographer. In exchange for my pictures, and managing their merch table, I was paid the simple privilege of even going on tour.

We went from Fort Collins, up the west coast of the United States and back down through Utah. The days slipped by and blended together. They’d play show after show; after only a few days, I had their setlist nearly memorized. I got into the routine of shoving those little gummy waterproof earplugs into my ears, putting a fresh SD card into my camera, and elbowing my way into the best spot in the venue.

It was exhilarating and refreshing to be in a new place with new people doing what I love every day for a few weeks.

But the road wears on you, and so do the late nights, and the grumpy, smelly boys. I found myself dreaming about pillows without footprints on them and my queen-sized bed. I even had to pay $150 for a shower at the halfway point.

“I think I learned a lot about myself and what it means to be a musician to me,” drummer Nick Visocky said. “It’s really eye-opening playing music on the road and just seeing the impact you have on people, whether there’s two people in the room or 200.”

Not only is it the most fun thing ever to travel with your friends doing what you love, but it is also character building in many ways. I was tested in ways that I never would have been had I not gone on this tour, and I learned a lot about my passion for photography.

Throughout the tour I discovered that my true passion lies in music photojournalism. Even through the sweat, blood and tears, the tour was truly one of the greatest things that I have experienced.

Not to mention I gained five new, sweaty friends in the process.

I improved as a photographer, a journalist and a person on this tour. But I mainly learned to follow my passion. The only reason I went on tour with this band in the first place is because I messaged them on Instagram, which just goes to show that if you don’t reach out for things that you want, you won’t get them.