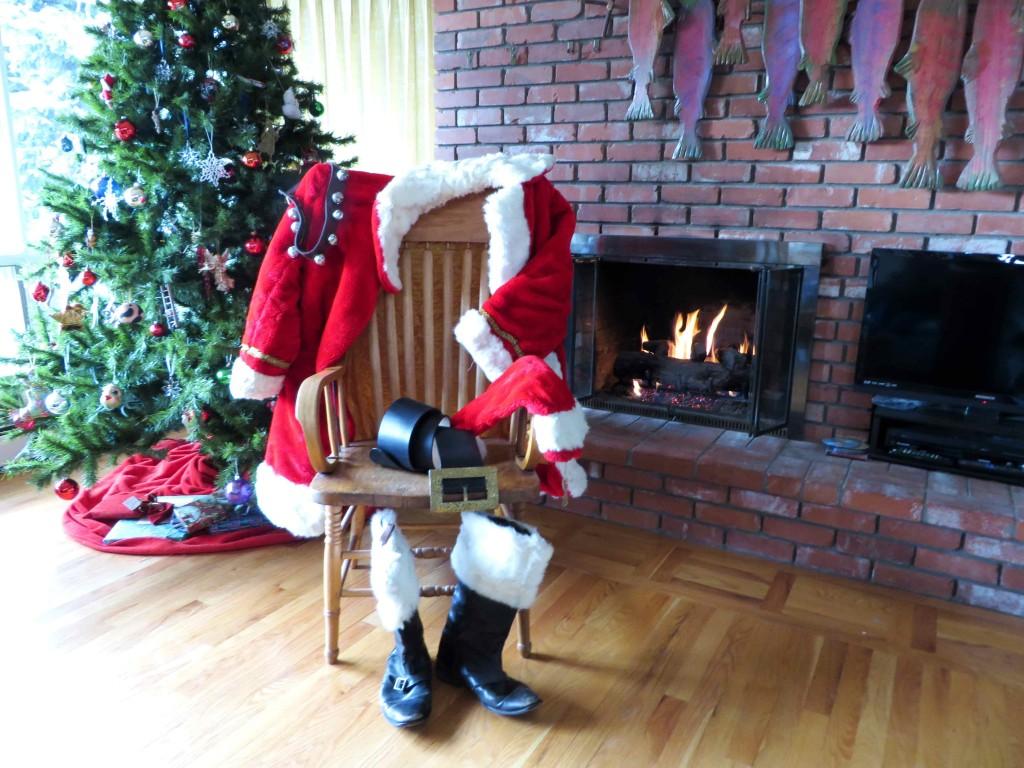 ***This article was not intended under any circumstances to be read by or read to a child (unless his or her Christmas spirit has already been spoiled).***

A deep and integrated lie deceives approximately 20 percent of our country every Christmas. It has not only broken hearts, but also stifled imaginations. As if this was not severe enough, approximately 80 percent of the population participates in keeping this lie alive by passing it on to new generations and going to great lengths every year to keep the 20 percent in the dark.

Hundreds of thousands of homes across the United States will put out cookies and milk, thousands of parents will sign packages with “Santa” instead of Mom or Dad and some parents will even dress up as St. Nick himself to protect the lie from curious peaking eyes.

Now, in college, here is a look back to childhood on how CSU students found out about Santa.

Let’s face the facts: according to a 2012 AP poll, the average age to stop believing is at about 9 years old. Yet, almost 10 or 15 years later, many students still remember Santa as not only an important part of their celebrations, but almost as a magic they still want to believe in.

Although, after a bit of coaxing, the real story came out.

“One of my friends told me in the third grade, but I didn’t believe him,” Navratil said. “I just wanted to continue to believe. So, I probably believed until about the eighth grade.”

Santa Claus is so integrated into our culture and into our holiday season that some children (or college students) still do not want to give up on St. Nick, even in the face of peer pressure.

“My friend told me in the fifth grade,” Brittney D’Aloia, a sophomore health and exercise major, said. “I didn’t want to believe it, but it confirmed what I was already thinking.”

However, some students were more skeptical as children.

“My mom would always put out one or two presents from Santa, and we would set out milk and cookies the night before,” Stevenson said.

Yet, one Christmas, Stevenson came to an epiphany. “One day, when I was about 11 years old, I thought logically and realized Santa was really improbable,” Stevenson said. “So then I didn’t believe anymore.”

While parents went to great lengths to keep the secret in their family, many children simply outsmarted their parents with curiosity.

“My parents used to dress up like Santa just in case one of us saw them,” Caitlyn Cook, a freshman health and exercise major, said. “I would always stay up and try to peek. But, one night, I woke up and they weren’t dressed up, so I saw my parents and realized they were Santa.”

The discovery can be postponed, however, as parents go to greater and greater lengths every year to keep their children’s growing curiosity in the dark. With flour Santa footprints by the fireplace (simply dip a boot into flour and make an imprint on a rug) and the many “Santa Trackers” online, there is no end to ideas on Pinterest to help parents take Santa a step further.

“Our parents would take the time to write my brother and I letters back from Santa and place the letter by the glass of milk during the night that would say stuff like, ‘Thanks so much for being a good girl and boy,’” Heather Salyer, a freshman theatre major, said.

No matter how we found out, discovering that the jolly old man does not exist was disappointing. It marked the end of our naivety, the end of the magic and one of the many ends to childhood bliss.

Freshman sociology major Luz Casteneda said, “One Christmas, I wrote a letter to Santa without telling my parents, and then I didn’t get what I wanted. It was a sad day.”