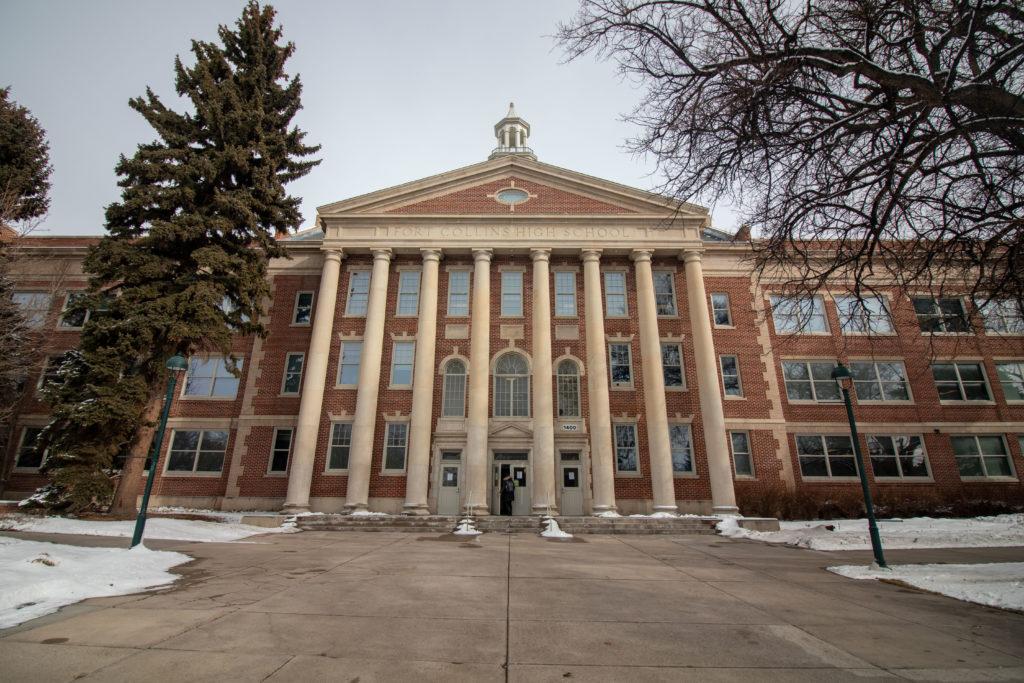 It’s the first day of a new semester, and you walk into a classroom excited for the class that’s about to start, carrying the supplies you might need, depending on what the course is; maybe it’s a sketchbook and art supplies, maybe it’s a script for a play, or maybe it’s the sheet music for the ensemble you’re part of at Colorado State University.

For weeks, you put in hours of work on a ceramic sculpture or designing a theatre set, or you spend late nights rehearsing your lines for a play or practicing a passage in a piece on your instrument until you can perform it seamlessly. You prepare for performances and showcases, anticipation and excitement building — and then CSU announces a move to online classes, and all these opportunities to display your artistry are canceled to ensure the safety of students and community members as COVID-19 becomes a greater issue.

For some art students like Kate Border, a fourth-year art student with a concentration in pottery, the move to online classes meant creating a home studio in order to work on assignments for class. Border said she was lucky enough that her two roommates were okay with her using their garage to store her pottery materials.

“I kind of have everything in my garage, but it’s not a fun space to work in because it’s a one-car, very small garage, so I’ve been working a lot in my living room,” Border said. “I’ll just have something on TV and I’ll be working on stuff, which is good because the time passes well, but a lot of the things we use are pretty toxic. When I’m working in my living room, I have to be really sure that I’m cleaning up so my pets can’t get into it and making sure I’m not leaving anything behind that my roommates can step in and track around.”

For students in performing arts, the major disappointment came from performances being canceled or postponed due to COVID-19.

“I was actually in a production this semester, and we were going along, and we had our first three performances and then we had to cancel the rest of them because of this, so that kind of sucked,” said Ryan Volkert, a senior triple majoring in theatre, data science and economics. “At least I got to do them because I know that the other show that was supposed to happen this semester got moved to next spring, so that’s crappy for them.”

Overall, students in the creative and performing arts said they feel disheartened that their concert performances, theatre productions and art showcases have been canceled or postponed.

“I was the scenic designer for ‘How I Learned to Drive’ and I was going to be working on Rock Band and one of the dance concerts as well. It’s frustrating, but even the professional designer I work for has had shows canceled because of COVID,” said Lukas White, a junior transfer student double majoring in theatre and interdisciplinary liberal arts with a minor in history. “That makes me feel quite vulnerable in this industry. We all know going in that entertainment is not the most stable of careers, but when something like this happens and the whole industry gets shut down, it’s kind of terrifying.”

One thing many creative and performing arts students said they are missing is the connection with others in their majors.

“In the theatre department, we work very closely with each other. You have all those connections with one other that I definitely don’t have in my other majors,” Volkert said. “I feel like being there and being in the room and being in the creative space seeing other people do things helps me to foster my own creativity. Without that, I’m just sitting in my room with my own thoughts, and they’re not flowing as easily not being in that space.”

Border said she misses being able to talk with others in the art department to get feedback on projects she’s working on.

“Normally in the studio, there’s a bunch of people there, so if I’m making something and I’m not sure about it, I can go to them and be like, ‘Hey, do you like this idea?’ and work through that creative process with other people,” Border said. “But I live with two non-art majors, so when I go to them, and I’m like, ‘How do you feel about this?’, they’re like, ‘It’s neat.’”

That makes me feel quite vulnerable in this industry. We all know going in that entertainment is not the most stable of careers, but when something like this happens and the whole industry gets shut down, it’s kind of terrifying.” Lukas White, junior transfer student double majoring in theatre and interdisciplinary liberal arts

While the transition to the online format and the resulting cancellations or postponements of performances and art showcases has been challenging, creative and performing arts students are focusing on the positives

“It is disheartening because it’s a big inconvenience because we can’t actually do (performances) to the full potential of what we were supposed to be working on,” Dutch said. “But the way that I look at it is, it ultimately it builds skills that we otherwise wouldn’t have the opportunity to learn, like how many times do you get to teach electronically or create online resources?”

Volkert said the online format has allowed him to provide more feedback to other students on their performances as well as experiment with more multimedia, like video recordings, for his theatre classes.

“I know that when I was giving feedback, I felt like I was able to give more detailed feedback because sometimes you kind of remember something that happened at the beginning but you don’t really remember it enough to give actual feedback, but this time, I could go back and rewatch it, so that was nice. I felt like my feedback was stronger, and I could give more details,” Volkert said. “I’ve (also) appreciated having to work with multimedia stuff now because I haven’t had much other experience working with that in my other classes.”

Natalie Morris, a sophomore music education major, said she’s made new friends in her apartment building because her neighbors left a note on her door after hearing her practicing her clarinet.

“That wouldn’t have happened if I hadn’t been quarantined here or if I hadn’t not had access to the practice room,” Morris said. “There’s a silver lining here, and I’m excited to each other downstairs. We’ve been writing notes to each other pen pal-style, so it’s really fun. In a way, it’s nice to know someone is listening to my music, even if they’re forced to.”