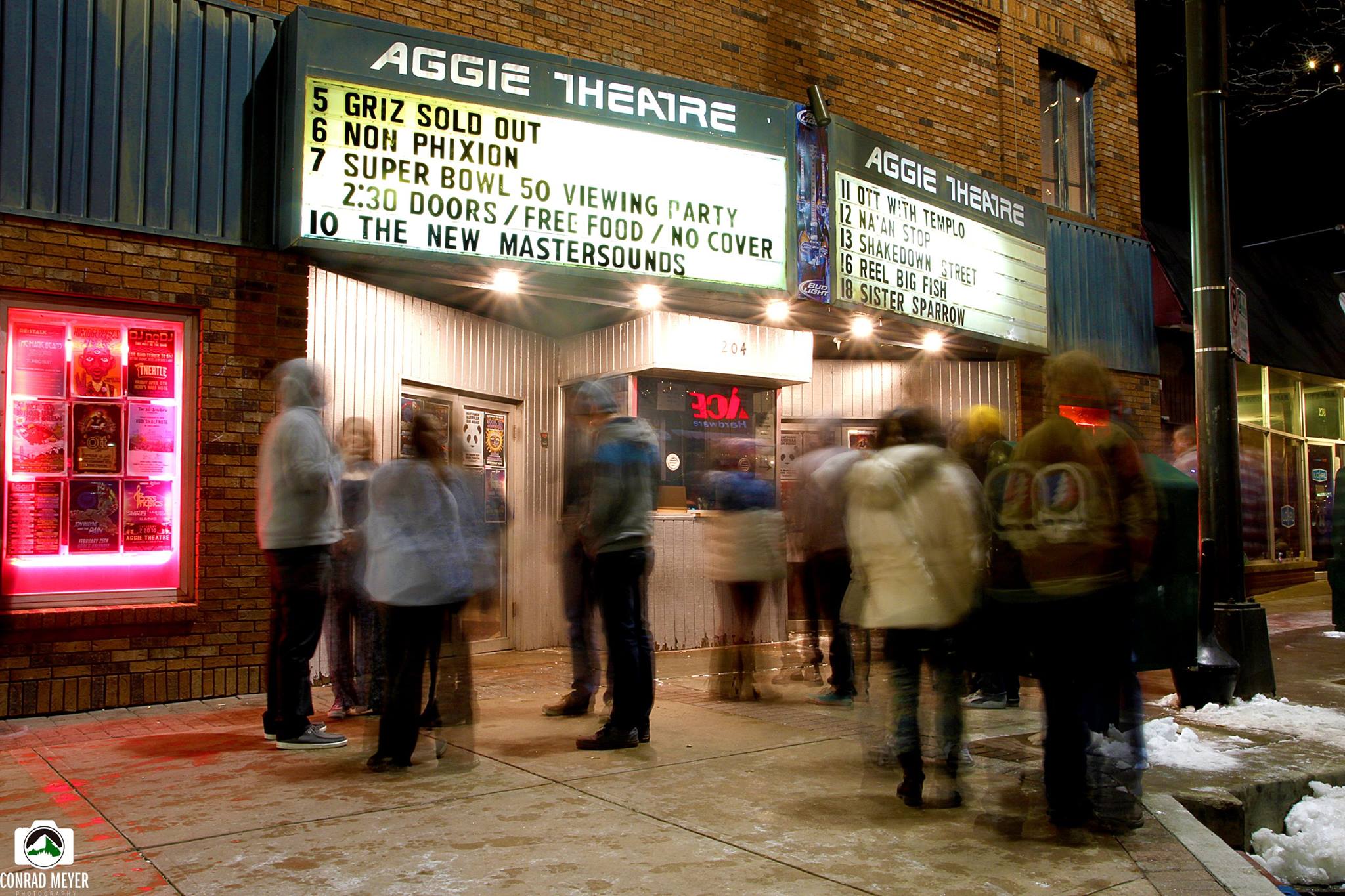 “I was talking with Scoo about working together more (on Aggie Theatre), and he decided that he was just ready to move on,” Morrill said.

The Aggie Theatre is a staple for some students that grew up in Fort Collins.

“The first concert I ever went to was with my dad, We The Kings,” said Leslie Olsen, human development and family studies sophomore, who grew up with the Aggie. “My sisters used to call me an ‘Aggie-rat’ because I was there so often.”

Since the change of ownership, the Aggie boasts a new sound system, stage, and utilizes the box office to sell tickets, which Morrill speculates “hasn’t been used, maybe ever.”

“I hope they will add more lights to their shows, too. They’ve been kind of bland in the past,” said  Reid Fowler, mechanical engineering sophomore. “I hope it changes for the best.”

“I love that it’s a smaller venue and you can really get personal with the bands.” — Leslie Olsen, human development and family studies sophomore

“The tickets were an absolute steal,” said Matt Anderson, construction management freshman. “He even played a song he hasn’t released yet: a sax solo with dub behind it.”

Fans of GRiZ may have noticed a difference between the Feb. 11 show and the artist’s previous style.

“He decided to do an underplay tour and go back to the roots of where he started,” Morrill said. “It gives the fans a whole different vibe.”

The Aggie’s vibe is distinct as well. Its small size facilitates an intimate environment.

“I love that it’s a smaller venue and you can really get personal with the bands,” Olsen said. ” (It is) definitely the best music venue in Fort Collins.”

“We want to encourage people who don’t usually come to check it out,” Morrill said. “We’re really trying to change lives with live music in this town.”

The Aggie’s upcoming concert calendar can be found here.