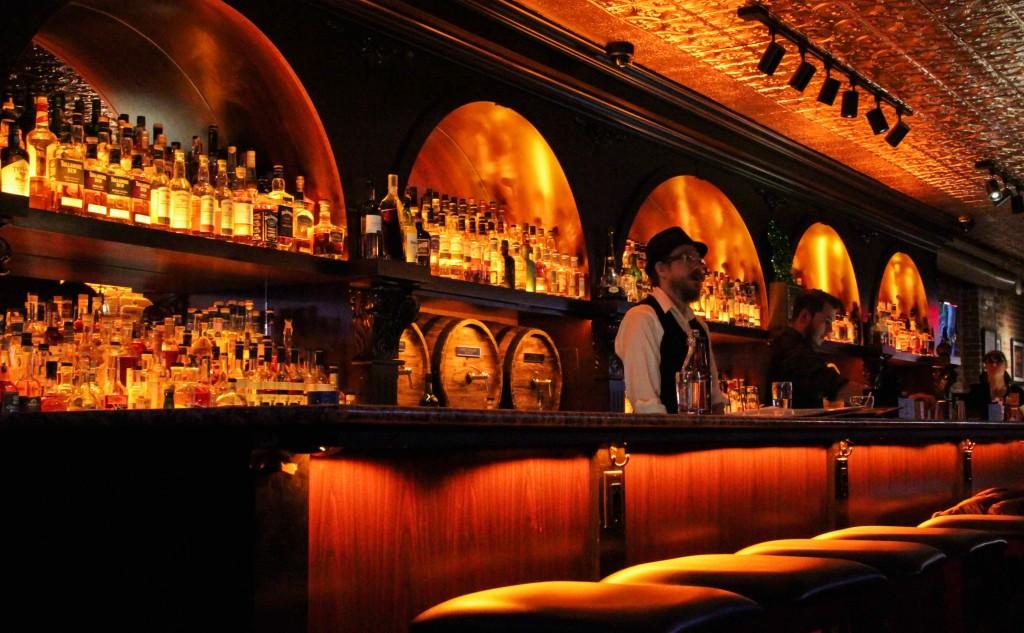 Entertainment comes in a variety of forms at The Whiskey in Fort Collins.

Stylized as The Whisk(e)y, this up-and-coming bar and venue is located at 214 S. College Ave. No. 2. It is the second-largest whiskey bar and lounge in the state of Colorado with over 800 whiskies in its catalogue.

According to General Manager Chris Fernald, the bar hosts live music every Friday and Saturday, burlesques and drag shows once a month and comedy every Sunday.

“It’s a more intimate setting than, say, the Aggie or Hodi’s or any of that other big stage stuff,” Fernald said. “It’s a mellow atmosphere. You can just sit and drink and talk to people.”

According to J. Jenson, a bartender and booking agent, a variety of shows perform for the cozy environment.

“We’ve been open for 10 months; a year this May,” Jenson said. “We initially opened with 456 whiskies, still the second largest in Colorado.”

Chris Carter, the guitarist and lead vocalist for the local independent band See to Center, played at The Whiskey Feb. 20. Carter said not very many venues have sound technicians who actually know what they are doing, but The Whiskey does.

“It’s a more intimate setting than, say, the Aggie or Hodi’s or any of that other big stage stuff.” — Chris Fernald, general manager of the The Whiskey

The Whiskey is an excellent addition to the Northern Colorado music scene, according to Carter. He moved to Colorado from Washington when he was in middle school and graduated from Western State Colorado University with a sociology degree before moving to Fort Collins and starting See to Center.

“I’m a big fan of the Northern Colorado music scene and the Colorado music scene in general,” Carter said. “There are an astonishing number of popular bands that came out of Colorado, from jam bands like The String Cheese Incident to electronic artists like Pretty Lights.”

The Lumineers are a good example of a Colorado band’s success story, Carter said, because the band moved to New York for a few years without any luck before returning to Colorado and launching a career worldwide.

“It can be much more beneficial to be a big fish in a small pond than to be in the vast ocean that is the music scene in places like New York or California and that’s a huge reason why I will always keep playing music in Colorado,” Carter said.

According to Carter, the Northern Colorado music scene is underrated, but that is not necessarily a bad thing because for him and his percussionist bandmate, John Wiberg, experience and hard work are enough to succeed here.

“The Whiskey is a great new venue for Fort Collins,” Carter said. “Also, whiskey is delicious.”