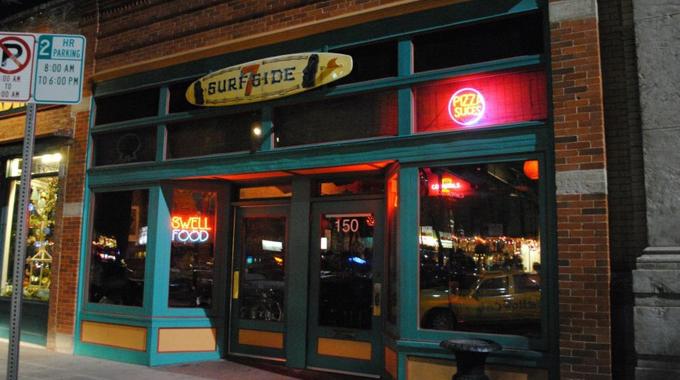 It means something to call yourself a punk. It represents a certain anger in your heart and a passion for rebellion and anarchy on your lips. To be a punk anywhere means something, but to be a punk at CSU has its own special spirit.

The punk scene has many roots in Fort Collins. The city is home to the platinum record punk recording studio The Blasting Room founded by Bill Stevenson of the famous punk bands The Descendants, and Black Flag. Fort Collins is also the founding place of punk bands ALL and Drag The River. The rich history of punk in Fort Collins has contributed to the culture today.

The Surfside 7 bar is arguably the hub of punk culture in Fort Collins and the wider northern Colorado region. The bar features regular shows from both famous and up-and-coming punk bands. It’s a great place for CSU students of age to immerse themselves in the punk atmosphere on a Friday night.

Chris Beeble is a producer and engineer at The Blasting Room. Beeble said he feels that being a punk in college is no different from being a punk at other points in one’s life.

“It could simply mean you enjoy a particular style of music that is guitar, bass, and drum driven with a more aggressive vocal style,” Beeble said. “Or it could mean that you see a systemic problem or oppression on some level, and voice your protest with artistic expression.”

Punk rock is a music of change and gives voice to those who are angry at the system. “Punk rock uses music as a platform to voice injustice, cruelty, or corruption,” Beeble said. “There is a lot of it that is lighthearted and fun and has allowed certain areas of the industry to not take life so seriously.”

Being a punk can also mean being an outsider, one who is fighting against the system in some way. It seems like it can be a lonely path, but there are a lot of people who find a home within the punk nation.

Punk offers a community to those who feel left out by society or by their peers. It can be an escape from an everyday life where you may not be accepted. Andrew Dickason is a professional chef who identifies with punk culture.

“I didn’t have many friends,” Dickason said. “The only people I seemed to get along with were edgy punks. As a punk, I fit into kitchen environments and a large portion of why I ended up cooking was the culture of working in a kitchen.”

Punk is one of the many identities that make up the diverse student population. Punk music is about accepting people for who they are and holding those in power accountable. Being a punk in college can offer a community of peers who will respect them for who they are, while also bringing social awareness of political and social problems.