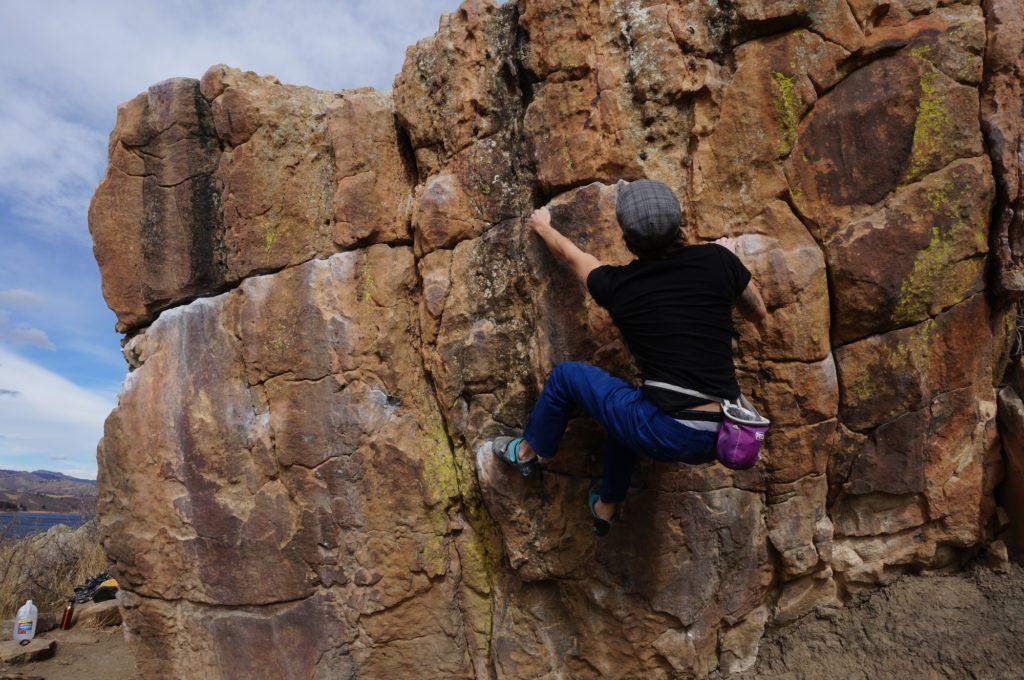 Colorado State University students have access to a rock climbing wall in the recreation center, but for the real deal they drive up to Horsetooth Reservoir.

Rock climbing requires a lot of equipment such as a harness and belay device. For bouldering, however, all you really need is chalk and a crash pad to cushion falls.

When the weather is nice, computer science senior Isaac Mauro and his friend Nico Gorski often decide to leave the gym and climb outside.

“It takes a bit of time to get used to the whole outdoors thing if you’ve only been climbing inside,” Mauro said.

Mauro and Gorski both have memberships at Ascent Studio, a climbing gym in Fort Collins. They said they both started climbing a few years ago, but have been going more often in the last six months.

“You can look online and it can tell you what grade boulders are or you can come out here with someone that knows,” Gorski said.

Another local climber, Jon Suhy, has been going to Horsetooth for the past seven years and knows where a lot of the best climbing is located. His favorite spot is Duncan’s Ridge.

Suhy and many of the other regular climbers have formed a tightly-knit group. They even created a movie of themselves bouldering.

One of the climber’s idols is John Gill, the first person to bring bouldering to Horsetooth in 1967.

“Instead of working out in the gym, he came here and started working out on boulders.” Suhy said. “He brought friends out and he was like ‘I dare you to do this.'”

Although Gill was the first to venture up and try to climb in Horsetooth, he paved the way for hundreds of students to follow in his footholds.

Suhy has also tried climbing in the Poudre Canyon, Rocky Mountain National Park, and Utah, but he said he is very passionate about Horsetooth Reservoir.

For both novice and experienced climbers, Horsetooth offers the next adventure.