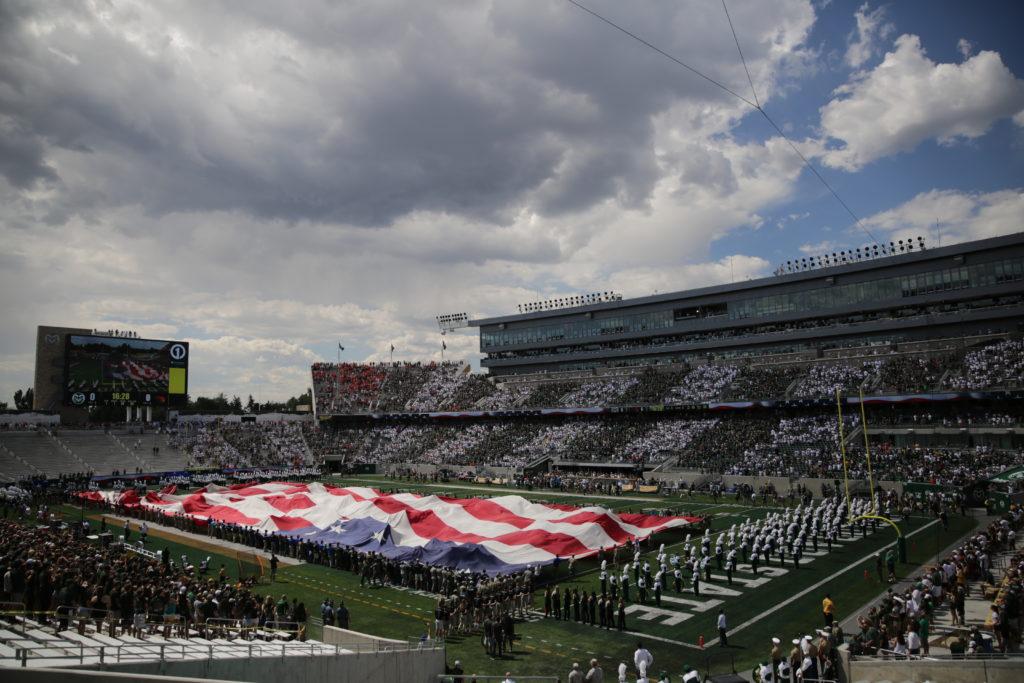 In the past year, the conflict of whether we should stand for the singing of the national anthem has grown into something larger than people have expected. This issue began in 2016 when NFL player Colin Kaepernick sat during the playing of the “Star Spangled Banner” at the beginning of a game.

Kaepernick, an African American born in the United States, told the press he was protesting because he feels oppressed, along with many other black Americans, by his country. He explained that he did not want to stand for a flag the represents a country that oppresses people of color.

This incident caused much controversy that continues to this day. Some people are completely on Kaepernick’s side. Many black Americans are tired of being oppressed by the United States. Tired of unfair treatment. Tired of police brutality. Tired of feeling ashamed because of the color of their skin.

Many, like Kaepernick, have chosen to speak out and stand against this oppression by making actions like choosing to not stand for the national anthem during sporting events. Others, however, are appalled at Kaepernick behavior, calling him disrespectful, saying that he is dishonoring the men and women who fight to serve and protect our country. Some believe that there are other ways to protest besides not standing for the national anthem and disrespecting the symbol of our freedom.

Recently, this issue came up at a Denver Broncos game, when many players refused to stand for the national anthem as a sign of protest, to fight the oppression they feel.

For Mahalia Henschel, a sophomore communication studies major at Colorado State University, this subject hits close to home. “I am half black, and I see the way my siblings get treated differently than me,” Henschel said. “I guess I wasn’t passionate about this until I saw this oppression happening right in front of me. These NFL players and anyone who chooses to not stand for the national anthem aren’t doing anything wrong, they are doing something completely harmless and peaceful. These people are standing against a system that oppresses them, against the judicial system, the prison system, police brutality, all the things that treat them unfairly.”

An ideology that quickly spread throughout our society is that standing up against oppression and believing you can make your voice heard if you shout loud enough, can make a big difference.

However, there are always two sides to every issue. A senior music education major at CSU, Caleb Smith, said, “personally, I think it’s ridiculous. These NFL players and anyone who doesn’t stand, should stand for the flag and for the anthem. They are calling attention to themselves to fight against oppression, but really, they are just dishonoring the men and women who fought for our country and our freedom.”

Dylan Strehlke, a freshman business major at CSU, agreed with Smith. “They should stand, simple as that,” Strehlke said. These two young men believe that the American flag is a symbol that our service men and women fight and die to protect. To not stand for the national anthem, and to disrespect the flag in such a way, is not acceptable. There are other ways to protest than to disrespect the flag of our nation.

Whether you choose to stand for the national anthem or kneel for it, be aware of other people’s decisions. Understand what these NFL players are kneeling in protesting. Be informed before making assumptions as to why this is happening in the United States at this time.