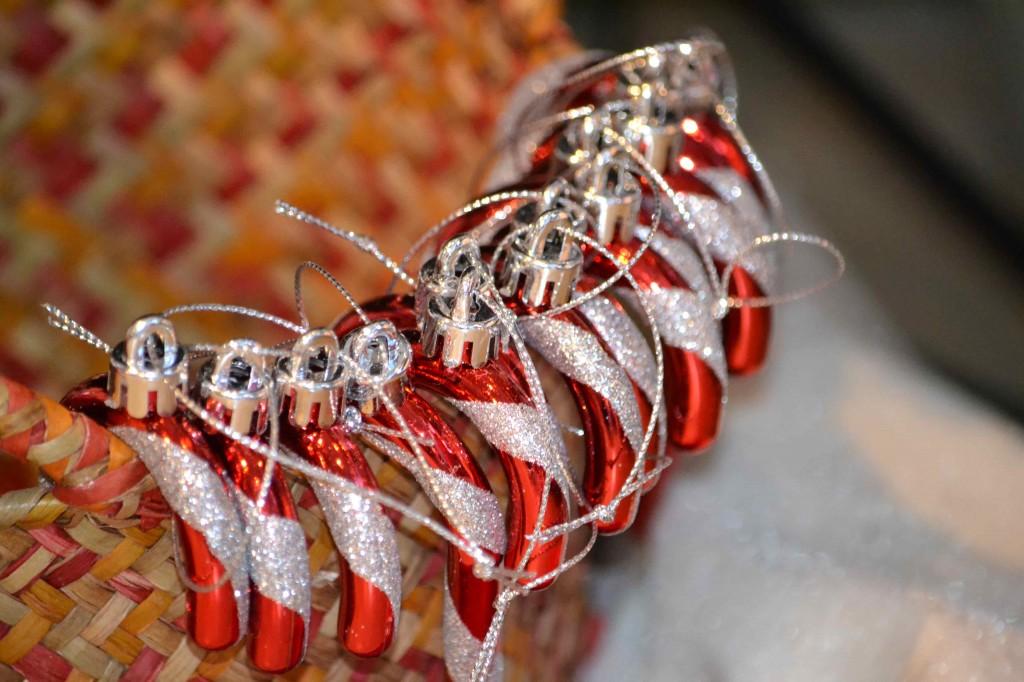 Behind the lit trees that line Old Town Square and the fresh snow which covers the sidewalks, Rudolph’s Landing takes up storefront on Linden Street, separated from the crowds drawn to Old Town, even on unusually cold evenings. This small, charming Christmas store is the perfect place to be when its surroundings could not be more like the holiday season itself.

Rudolph’s Landing has humble beginnings, drawing from the passions of Ed and Christina Cashimer, avid collectors of Christmas memorabilia for the last 20 years. Pre-retirement, they travelled around the country, and in every place, they found a Christmas store, adding to their collection along the way. They were able to turn their hobby into a business, using their own collection as the primary inspiration for what brands and types of merchandise the store would carry. The couple are experts in all things Christmas, and familiar with high-end, upscale, eclectic Christmas merchandise making up the majority of the store’s product.

The merchandise is unique in that it is made from artisans, handmade and hand-painted. They carry Fontanini, an Italian brand that specializes in hand-painted Nativity sets. The figurines come in a variety of sizes, from 3 inches to 70 inches, shaped and created in the U.S. and then sent to the Tuscan region of Italy to be hand-painted. Rudolph’s Landing also carries Department 56, a brand that specializes in pieces to build Christmas villages. Many of them are the themed around certain stories, such as the movies “A Christmas Story” or “A Christmas Carol.” Customers can even put together their own personalized villages. The store also offers a variety of ornaments from vendors such as Ne’Qwa, Kubla Crafts, Kurt Adler and Christopher Radko.

“We love Christmas,” the couple said when asked how they keep the Christmas spirit alive year -round.

The store, which opened September 2012, is located at 217 Linden St. behind Old Town Square. They are currently the only year-round Christmas store in Fort Collins. However, they also carry other merchandise for holidays like Mother’s Day and Valentine’s Day and for major life milestones, including trinkets for newlyweds and newborns. What is unique about the setup of the store is that much of the ornaments are displayed on Christmas trees, so customers are encouraged to “shop off the trees” as indicated by signs interspersed around the store.

According to Ed, naming the store was “quite a process.” They wanted to have something around the theme of Christmas, and both he and his wife were big fans of Rudolph, so they settled on “Rudolph’s Landing,” named after everyone’s favorite red-nosed reindeer. Within the ornament selection, they have quite a few as an ode to the classic claymation cartoon, which happens to be turning 50 years old this year. Their merchandise is marketed towards families, intending to share the selection of Christmas ornaments together.

As for location, the couple said wanted a traditional downtown business with good foot traffic. After looking at various locations around Northern Colorado, such as Erie and Eaton, they decided on Fort Collins because Old Town attracts shoppers throughout the year.

“Personally, I think Fort Collins is better than Denver because it gets a steady amount of foot traffic year-round,” Ed said.

Usually, one would think that a Christmas store only draws traffic around the holiday season, but for Rudolph’s Landing, that is not the case. The store sees customers year-round, even in the summer, when Fort Collins caters to tourists taking advantage of the outdoor activities. The store runs off-season promotional events such as “Christmas in July” and monthly sales to draw customers. Other than the holiday season between Thanksgiving and Christmas, they also draw a crowd for Valentine’s Day, Mother’s Day and Halloween.

The store has a warm and intriguing atmosphere. The Cashimers are so passionate about the holiday and the merchandise, and it shows through in  the knowledge and enthusiasm they have when describing the merchandise to their customers, whether they are looking around or shopping. The couple take an interest in their customers, interacting with their patrons and telling the stories behind particular pieces. It puts a smile on your face to walk around the store, viewing their selection of Christmas merchandise. It is the type of store that puts you in a good mood, no matter the time of year.