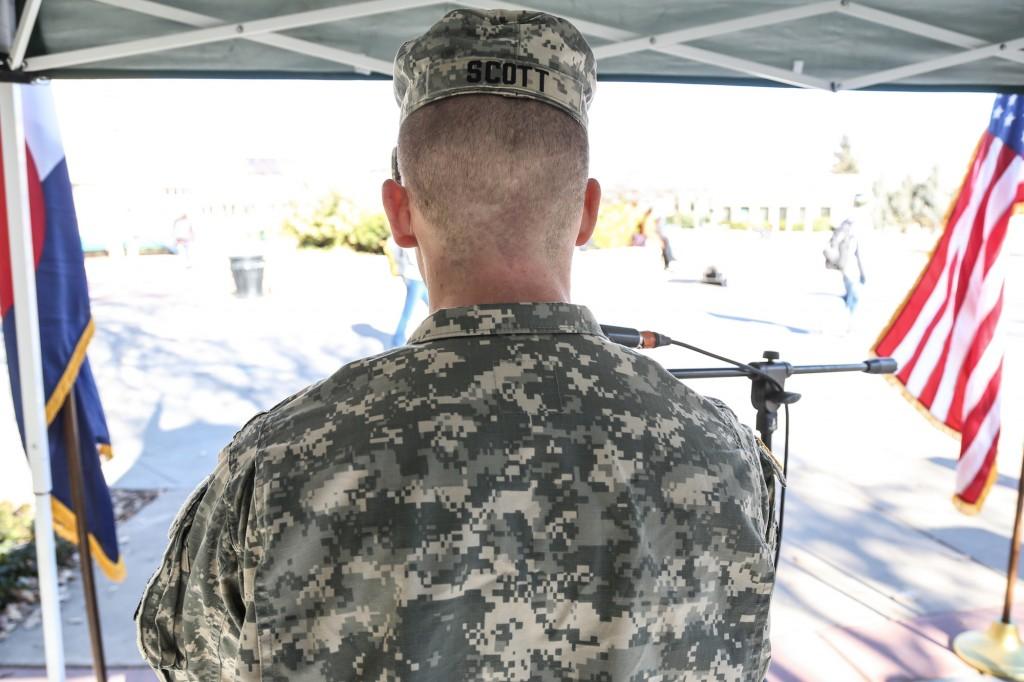 A college education can be challenging enough, but, as graduation approaches for this year’s “Ram Battalion,” the CSU Army Reserve Officers’ Training Corps (ROTC), these military graduates are at the forefront of an increasingly complex world.

Lt. Col. James Blanton has been a professor of military science at CSU since July. He enlisted in the Army 25 years ago and graduated from the University of Texas with an undergraduate degree in government. He holds his master’s in military arts and science.

“A military education gives you a different look at the world,” Blanton said. “I’ve worked with incredible people across the globe — all from different nationalities and cultures. The military has to be a disciplined organization, and there’s a leadership aspect that a lot of people don’t get.”

Blanton said he was a squad leader by the time he was 22 years old, responsible for nine other soldiers. The number of soldiers and the dollar amounts that he is in charge of have only increased since then, according to Blanton.

“I joined during the Cold War, and, the year after basic training, the Wall fell in Berlin,” Blanton said. “The military I joined was originally designed to counter the Soviets. The Global War on Terrorism has changed our perspectives from high-end conflict to more urban environments.”

According to Blanton, today’s soldier operates in and around indigenous populations, and studying the nuances of any given culture is the key to success. Understanding what motivates ISIS is not as easy as reading up on Marx or Lenin to understand the Communists, Blanton said.

“Students in ROTC this year have an incredible opportunity as the Global War on Terror shifts,” Blanton said. “The military and the Army are struggling to define their mission. New, young officers get to be right there at the beginning.”

“Students in ROTC this year have an incredible opportunity as the Global War on Terror shifts.” — Lt. Col. James Blanton, professor of military science at CSU

Cadet Jonathan Kummer is one of Blanton’s graduating seniors. Kummer is majoring in natural resources management, and his participation in ROTC automatically grants him a military sciences minor.

“I saw how good the program was here at CSU while I was still in high school, and I decided to give it a try,” Kummer said. “It’s such a welcoming environment, so I decided to stay.”

According to Kummer, everyone in ROTC has different majors, and, no matter what that major is, the program is doable.

“The Army has taught me how to look at the world from different angles,” Kummer said.

Kummer will be enlisted in the National Guard after graduation, and he found a civilian’s side job up in Alaska at the Center for Environmental Management of Military Lands.

“I’ve learned so much more from ROTC than just about college or the Army, but about life in general,” Kummer said. “I’ve learned how to be a better person and how to have better people skills.”