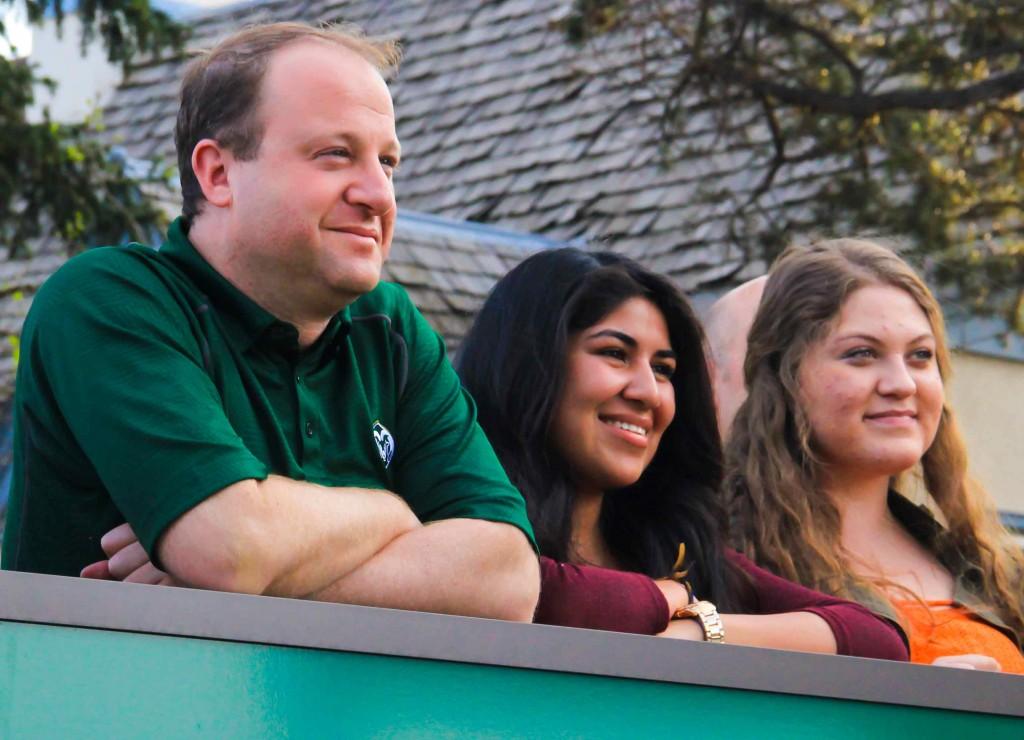 I was recently able to snag an interview with U.S. Rep. Jared Polis. After talking with his staff members, it was through sheer chance that he would be in Fort Collins, and I got the chance to have a one-on-one interview with the politician.

For those of you familiar with my writing, this piece will be absent of the satirical undertone that is usually prevalent in my articles. I tried asking questions that would be important for college students — whether it be in the field of education or the changing policies taking place in Colorado.

It was also interesting to look into the transition of a man who excelled at business — his businesses gaining a net worth of $1 billion — to a man who went to the Colorado State Board of Education and then to the House of Representatives.

Before you went to Congress, you sat on the Colorado State Board of Education. What are some reforms you have pushed for?

Trying to get the accountability system right, making sure that schools served all kids. I was also there when we were trying to implement No Child Left Behind, and I saw a lot of the flaws in the federal education policy, which is one of the things that led me to run for Congress to try to fix it.

Where do you see higher education in Colorado progressing?

Well, we have a lot of challenges. One of the biggest ones we hear about from students is, how do we make college more affordable? And working on some initiatives, like open-source textbooks to save students money on textbooks, to reduce some of the factors that are driving tuition increases. We also want to continue to support the Federal Research Investment in our universities. CSU receives over $250 million a year in Federal Research money, and many undergraduates and graduates work in the labs and gain knowledge that way.

So, basically pushing for reform for affordability in college?

Change in topic real fast: is the War on Drugs succeeding?

The War on Drugs has not worked. It should, it needs, drug abuse to be dealt with more as a health issue than as a criminal or military issue.

Well, I support federal laws that allow Colorado to decide what it wants to do with regards to marijuana, so I’m the sponsor of the Regulate Marijuana Like Alcohol Act nationally, which will allow states to formally decide how they want to regulate the sale of marijuana. Right now, our state statutes are in conflict with federal law, and we’re getting by because we have memos from the attorney general that basically allow Colorado to get by, but it’s at the whim of the president and the attorney general.

Why do you think voter turnout is so low, and why is it important that young people should vote?

Well, young people have even more of a stake in our future than anyone else. It is important for young people to participate in democracy, whether it be in municipal elections… or student elections…or state and federal elections which are happening next year.

Why is voter turnout so low though?

Well, I think the candidates need to talk about issues which are important to students, and they need to listen to what students have to say and where they want the country to go.

I saw that you did a lot of philanthropy work, raising charter schools, donating computers. You are ranked as one of the wealthiest members of Congress with a net worth of $65.91 million. Does wealth play a huge role in politics?

Well, money plays a huge role in politics. Money — where it’s raised from, who is spending it. One of the biggest setbacks was the Citizens United decision, which allowed corporations to have free political speech and express advocacy. The part of the problem we have with the process is we don’t have full disclosure laws around where money comes from. So, I support a law called the Disclosed Act that requires disclosure of where the money comes from for all campaign ads.

So, to what do you attribute your success, whether it be in business or in politics?

Well, success in any field requires hard work and rolling up your sleeves and getting it done and trying to get an idea of where you want to go.