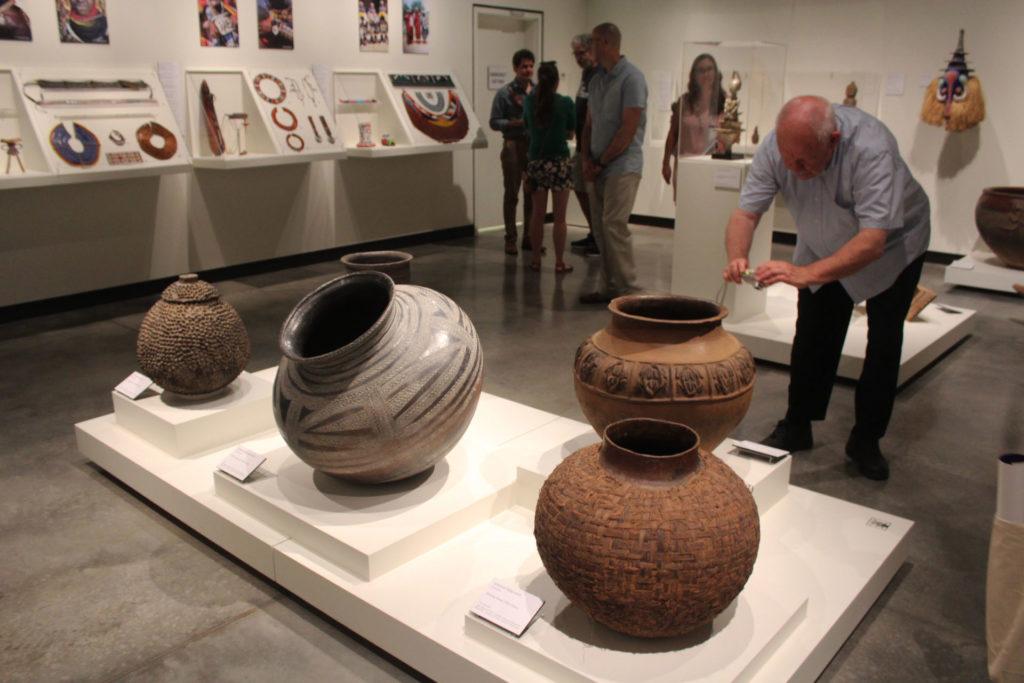 September 10 was a great day for the arts here in Fort Collins because the long awaited expansion to the University Center of the Arts, now known as the Gregory Allicar Museum of Art, finally opened to the public.

As soon as the Mayor of Fort Collins, Wade Troxell, cut the ribbon and officially opened the museum, it flooded with guest. What was previously just a few rooms with donated art, became an official museum nearly double its original size. There is now a massive amount of art from different places from all around the world.

There is art ranging from miniature European portraits from the 16th century to contemporary art from photographer Patrick Nagatani. Also in the expansion is a huge collection of Native American, African, and Japanese art from all different time periods.

My favorite of the new exhibitions was Patrick Nagatani’s photo exhibition, Chromatheraphy, which featured a lot of interesting photographs.

If you missed the opening don’t worry, all of these exhibitions will be available to the public for free until Dec. 16, 2016. For more information on the exhibits, visit their website, artmuseum.colostate.edu.