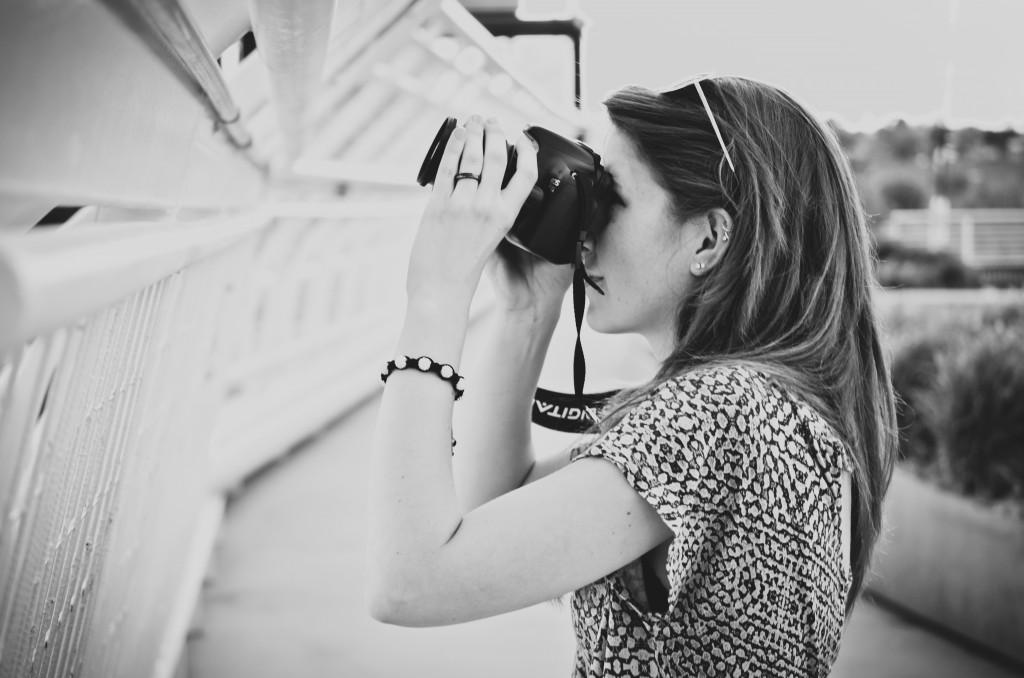 “I stepped up to the role of editor-in-chief for College Avenue magazine because I was passionate about magazines — everything from the sleek photography on a glossy page to the in-depth stories and even the ads — I love this kind of journalism and it was honestly a dream to take on that role. It was a huge challenge, but I couldn’t be more thrilled to know that College Avenue has continued and is a thriving editorial option for students at Colorado State University.”

“There is nothing more rewarding than opening up that first box of freshly printed magazines, smelling that distinct ‘hot of the press’ scent, and just reveling in the fact that you played a major role in making it happen. It’s so important truly appreciate that. The magazine and communications world in general is so driven by deadlines that by the time you finish one you’ve already moved onto the next, but if you don’t take a moment to stop and celebrate what you accomplished it’s too easy to lose your love for it.”

“Working with that team of writers, designers, photographers and copy editors was one of the highlights of my time as a Ram. We worked together to create a mission and vision statement for the magazine, which I hope steered not only the content of the magazine, but also what it meant to work for the magazine. It was more than a career stepping stone. It was a foundation, and I’m thankful to have been a part of it.”

“Being EIC not only taught me how to be a better leader, it also taught me how to listen and follow my team. I didn’t pretend to know everything about writing, design and photography – that’s why I had very knowledgeable and talented editors to manage those departments. I valued their opinions and learned that no matter what title you hold, you have to listen to and respect everyone around you. Every person brought something amazing to the table and by making sure they all had a voice during the creative process, we were able to give our campus an amazing final product.”

“Persistence and hard work pay off, especially as an underdog. We went door to door selling our own ad space and negotiating with local business owners around campus to designate a small amount of shelf space for our magazine. We battled to retain our own voice and entity when we merged with Rocky Mountain Student Media. By my last year, 2008-2009, we finally had a small budget in which we were able to pay everyone a small fee for their work, each issue, and buy racks to place around campus for the magazine.”

“Sex is such a hush-hush topic and I have always loved pushing the boundaries with what I write about and am definitely not shy. That issue [the sex issue] was the most fun collaboration I have ever worked on and the whole team responded so positively and really thought up some great stories (which I thought were some of the best ever!). It makes me so happy about the progression that can be shown toward the “sensitive” subjects.”

“[The most valuable thing I learned from College Avenue was ] Knowing when to rely on others. I had an incredibly talented team working along side me, and when I felt like I was drowning in emails and a million deadlines I knew my team would be able to step in and help me make sense of everything.”

“College Avenue has always been about a time when you get to strike out on your own. It’s about a unique time in your life where you can try or do or be anything you have ever wanted.”

“College Avenue Magazine taught me that there are always options – during my time I watched the magazine transition from a quarterly publication that hardly ever got pick-up to a monthly publication inserted into the Collegian. Everything about the publication changed, but the heart of the people creating it never faded out. That is why it is still being published today – students continue to put forth the effort, excitement and love into the publication to keep it flourishing.”

“College Avenue was a constant challenge – in the best way. I was constantly asking myself, ‘how can we make the magazine better?’”