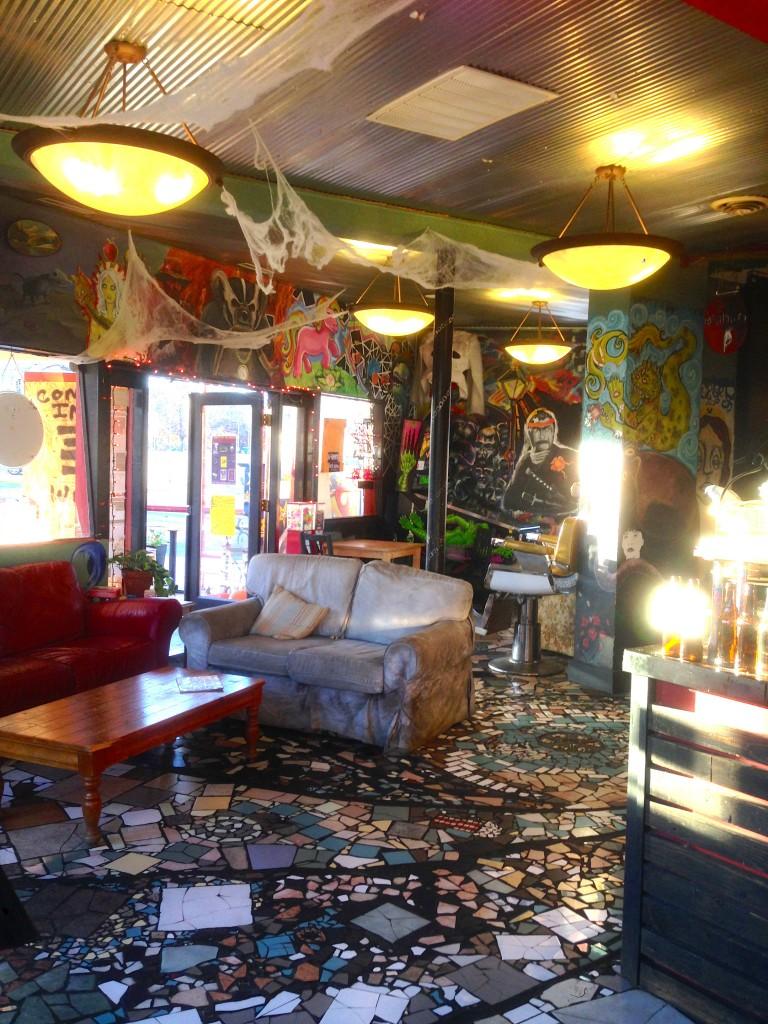 Voted as the top movie theater in Best of CSU, the Lyric Cinema Café, located on 300 E. Mountain Ave. in Old Town, is one of the most unique moviegoing experiences that any place has to offer.

According to its website (LyricCinemaCafe.com), the Lyric prides itself on being smaller than the average multiplex, and it aims to achieve more of a living room atmosphere with its offerings of beer, wine, coffee, tea and finger foods, as well as its couch seating in lieu of stadium seating.

A frequent visitor to the Lyric is senior Spencer Downing, a human development and family studies major. Downing said she goes to the Cinema Café approximately once a month.

“The Lyric offers movies that are different than the ones showing at your average theater,” Downing said. “Plus, I like to support local businesses that are giving back to the community.”

The Cinema Café is unique because it feels like a small community, according to Downing.

People have freely painted on the walls and the food served, such as humus and bagels, is all-local and all-organic, Downing said.

“The best movie I ever saw at the Lyric was ‘Boyhood,’” Downing said. “As a human development and family studies major, I could actually apply concepts I learned in class to the film’s story.”

An independent filmmaker who screened one of her films at the Lyric is Sarah Sellman of Alamosa, Colo. Sellman and her partner, Greg Grano, booked their documentary Sept. 6 at the Lyric as the second stop on a nationwide tour to support the film “American Bear.”

“We were connected to [the Lyric] through a friend who works with independent theaters across the country,” Sellman said. “My partner, Greg, did all the outreach, but when I worked with the management the day of the showing, they were on point, generous and smart.”

According to Sellman, the 45-person theater was sold out for them the night of their run. Although not a huge crowd, it would not have happened without the Lyric’s efforts and the active audience members, who were engaged in the post-screening Q&A session, Sellman said.

“The Lyric is tapping into the community in really great ways,” Sellman said. “It’s a very special venue. It shows films in the highest possible quality and you can tell how focused they are on the community and what they’re interested in as far as programming and concessions go.”

It is important to have theaters that still support independent producers because not a lot are left in the nation, Sellman said.

Movie fans and non-cinephiles alike can come together at a theater like the Lyric Cinema Café, since it has so much more to offer to its patrons and to the community at large than just what’s on the silver screen.

This article was created for the 2014 Best of CSU issue produced by the College Avenue Magazine staff.