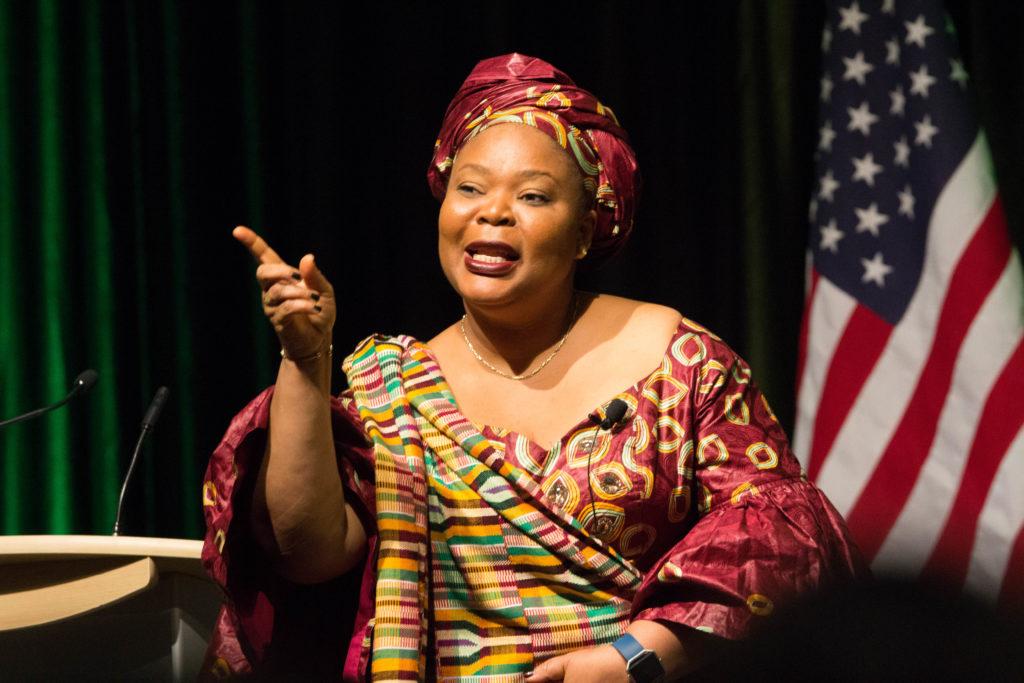 Humanity has accomplished countless spectacular deeds. Most any given problem thrown in front of us has given way to the wit and creativity of the human mind. Gravity? We torn down its boundaries with planes and jets. Distance? No problem. We made the world feel smaller through innovations such as telephones and the internet. Space travel, medicine, communication, engineering; the list of conquests stretches on for miles.

“I’d rather we find our deep humanness and lose our faith than to find faith and lose our humanity.” — Leymah Gbowee, one of 2011’s Nobel Peace Prize laureates

But there are limits to what we have achieved. In a quick scroll through Facebook or five minutes if front of the morning news, reality can come crashing down. One might realize that we, as humans, have to work out the kinks in one or two more problems. It can be a little overwhelming to think of all the uncharted territory humans have yet to cross. With no map and no lay of the land, it can feel impossible.

The question stands. Will our divisions ever mend? Will we ever get to that far off concept of peace? Well Leymah Gbowee’s story is a testament to what one voice can do in the wake of chaos. She is after all, one of 2011’s Nobel Peace Prize laureates.

Gbowee was a key player in brokering peace during the second Liberian Civil War. She helped to organized a women’s peace movement among women of all faiths, which turned the tides of the war and eventually paved the way for the election of the countries first woman president, Ellen Johnson Sirleaf.

Through her faith, understanding for others and willingness to stand up for what’s right, she crossed into that uncharted territory of peace and helped mend an entire nation. In observance of International Women’s Day, Gbowee spoke to a packed house in the Lory Student Center Grand Ballroom on March 6th, 2017. Here are some lessons she imparted to a small group of us in a brief interview before her main stage appearance.

Peace and progress are forged through individuals. Gbowee warned against complacency. Many people argue against movements such as feminism because “people have it worst in other countries.” But Gobowee says this is how rights slowly get taken away. All of us can do our part in assuring that we don’t slip backwards but rather shoot forwards.

But you might think, what can I do? I’m only one person. Well so was Gbowee.

When asked how one individual can create change, Gbowee said they must find what they’re passionate about. Making a difference starts with finding “the thing that keeps you awake at night and makes you angry at the same time,” Gbowee said. When you find this, she says, you will find joy in whatever you do. The challenges which riddle your path won’t hinder you.

“Start small, bite off what you can chew,” Gbowee encouraged. Once you find that issue that lights a fire in your belly, it’s time to jump into action. But it can be as simple as starting a dialogue. The smallest action can have a ripple affect, inspiring others and shifting the world around you ever so slightly. And once you get your footing, maybe then you can move on to loftier pursuits.”

As you continue to breakdown walls and change perspectives, keep your eyes on the prize. Gbowee says that, yes, we should celebrate the small victories. But don’t pack it up and head home so fast.

Gbowee also warned against materialism and the exploitation of religion.

Nothing can stop a moment like dollar signs and perceived differences. We must push through our tendencies to play us versus them. And we must realize wealth and status are distractions. She also noted that religious individuals, especially her fellow Christians, should “walk their talk” and embrace peace among all groups.

“I’d rather we find our deep humanness and lose our faith than to find faith and lose our humanity,” Gbowee said.

Towards the end of our interview, Gbowee encouraged us not to get bogged down by all of the world’s problems. She got up and drew a circle on the white board. Within it she wrote some of the issues we face: hunger, climate change, racism and so on. She drew stick figures around the circle, representing everyone in the room. If each of us, in our corner did our part, things are bound to improve.

“If each and every one of us decided that we’d take a tiny hammer… remember the hammer is our passion, and begin to chip one piece at a time.” Gbowee drew dashes under each of our stick figures, “we haven’t solves everything, but some things have been chipped away.”

Unfortunately our time was cut short right after she finished her illustration. We only had fifteen minutes with Gbowee. But yet it left each of us in that room mystified and awestruck. In just fifteen minutes, we were gifted with wealth of knowledge. Gbowee went on to address Colorado State University and the Fort Collins community later that night, echoing what we learned in our interview.