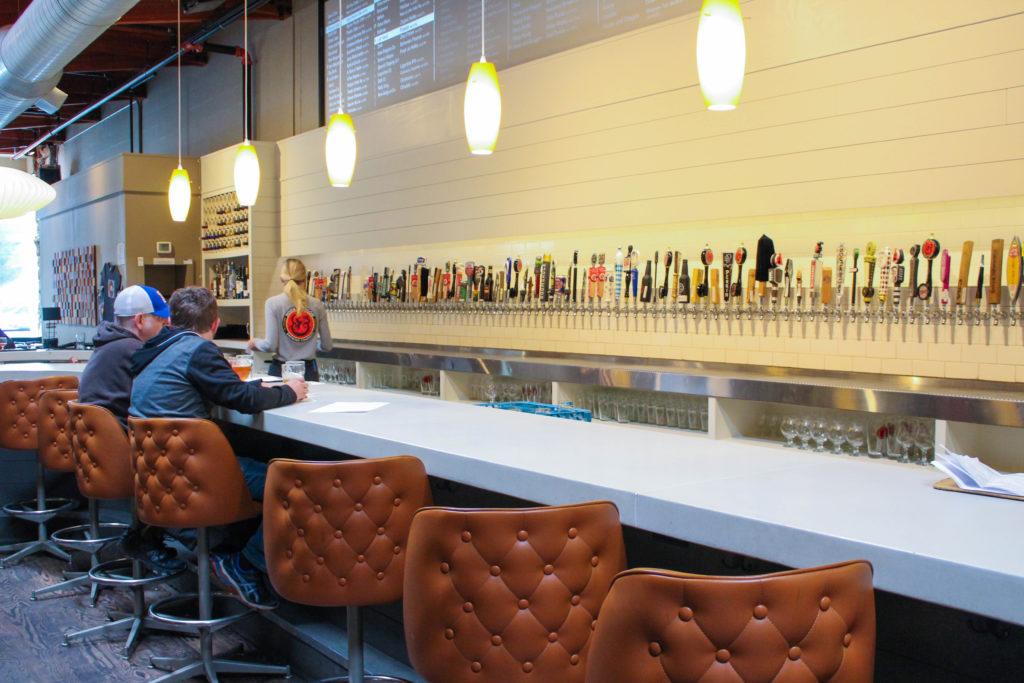 Tucked behind the Alleycat Cafe are a number of parking spaces reserved for The Mayor of Old Town — but they aren’t for a Fort Collins official.

Rather, The Mayor of Old Town is a beer bar that prides itself on offering 100 different beers and ciders on tap. They hold the honor of one of Draft Magazine’s top 100 beer bars.

“We replace our beers by style,” general manager, Chris Phillips, said, meaning there is a healthy selection of sours, stouts, and IPAs at any time.

All things beer isn’t the only draw, though. The Mayor’s burgers are to die for.

“We like to think our burgers are some of the best in town,” Phillips said. “Our pretzels are a great bar food, people really like the cheese-stuffed jalapeno,” he said. The jalapano cream cheese-stuffed pretzel is served with raspberry jalapeno jelly.

Their current menu is fairly standard: appetizers, salads, burgers and sandwiches. However, for the next few months a guest chef will be crafting a new menu, so the beer bar is certainly a place to watch for innovative culinary creation.

The humor guests find on the existing menu definitely won’t change. At the bottom, near the Wifi password, are a list of services offered for $1 each that include a high five or a photo with Kevin, the owner.

“We want to maintain a sense of humor,” Phillips said. “We want people to feel like it’s an easy going place but slightly classy, classy to the point where people come to an upscale beer environment and feel at home.”

The Mayor is partnering with New Belgium on April 27 to serve a beer dinner. Other events include special showings in the upstairs brewing lounge, weekly beer club hosted by industry professionals, and Friday Afternoon Club with drink and appetizer specials.

The Mayor is not a brunch hotspot, so make note of their hours before heading over. They open at 3 p.m. Monday-Thursday and noon on Fridays and weekends.

“I love it here,” Kelsie Cady, landscape design and contracting junior said. “The beer selection is always changing and I really like the atmosphere. Just a great place to hang out.”