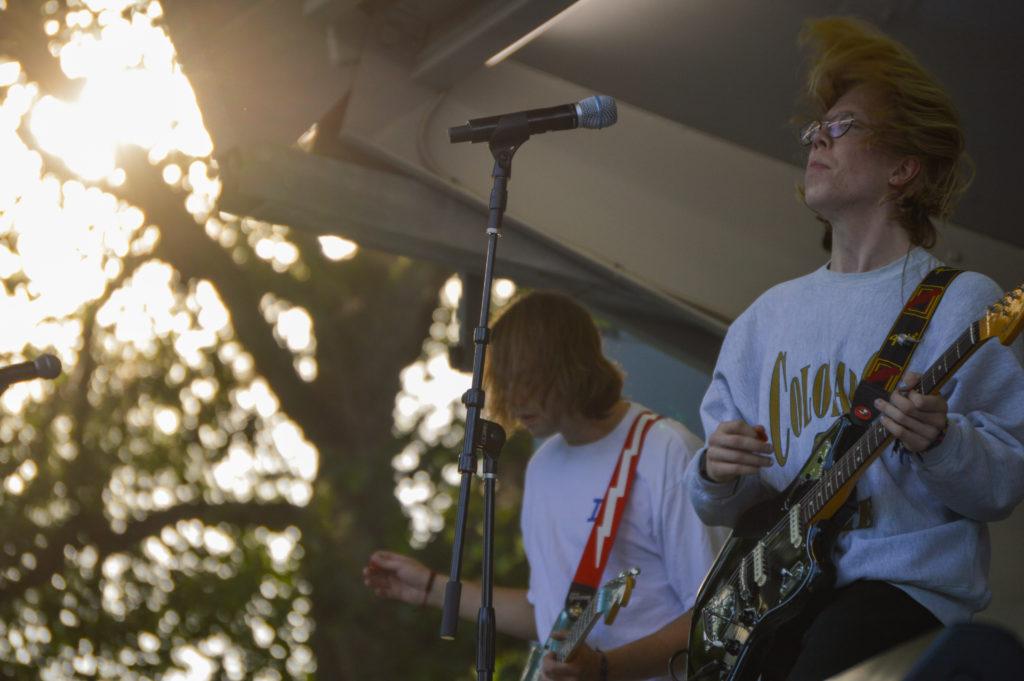 Fort Collins turns up the volume each summer with all kinds of live music performances like the Fort Collins Music eXperiment (FoCoMX), Taste of Fort Collins, the Lagoon, Noontime Notes and Downtown Summer Concert Sessions. The great part about the concert sessions is that they are open and free to the public and showcase many musical genres.

The Downtown Sessions Concert Series has set up in the Old Town Square Stage to liven Friday nights each summer, hosting bands and musicians including Post Paradise, Gasoline Lollipops, the Wendy Woo band, the Matt Skinner band, P-Nuckle and Rachel and the Ruckus.

Attendees can always expect a great time and catering from local breweries including Odell Brewing Co. and High Country Beverage. The music begins at 6 p.m. and typically goes until 9 p.m. unless the crowd cheers for an encore.

For those thinking about attending, there are several tips that are good to know.

Fridays in downtown Fort Collins are notoriously busy and finding street parking can be a challenge. The best bet is to either walk or bike to Old Town Square or park in a garage like the Civic Center Parking Structure located on Mason and Laporte. Garage parking is free for the first hour and then just $1/hour after the first hour. Considering the concert only lasts three hours, that is like buying a ticket for $2, which is pretty hard to beat even at the best live venues Fort Collins has to offer.

Depending on how long you plan on staying and how much you prefer carrying, you can bring folding camping chairs, just keep in mind that you’ll have to keep an eye on it for the night.

Even though all of the summer concert sessions are free, it is also a good idea to bring some cash to spend on beverages and a meal from a food truck. Keep in mind that this varies show-to-show and you will need a valid photo ID to buy alcoholic drinks.

As at any live music event, it is always a good idea to bring ear protection. Almost every single concert is loud enough to cause hearing damage, especially for young children, so bringing single-use or reusable earplugs will save your hearing and a headache. Earplugs typically are unavailable for purchase at live events, so bringing your own pair is a must. Look for them in most sporting sections, or bring in-ear silicone headphones and over-ear kinds for young children.

Bands from previous years were excited to be a part of the sessions. The Matt Skinner band posted on Facebook in July of 2017, saying “Great weekend of Music kicks off tonight at 6 p.m. in Downtown Fort Collins for the Downtown Sessions Concert series w/ Patti Fiasco!”

Post Paradise posted on Facebook in October of 2017 saying, “Now we’re looking forward to the First Friday End of Summer Downtown Sessions concert in Old Town Square! We’ve never played the square so we’re pulling out all the stops. Plus, it’s free. And there will be beer. What more does anyone need out of life in FoCo???”

While there has not been any word yet as to the musician line-up or dates for the 2018 concert sessions, it is safe to assume that information will be posted online sometime in April or May. With folk, rock, reggae and bluegrass music filling previous years’ rosters, mark your calendar to see which nights you want to make your way to the Old Town Square Stage and cut loose. When it comes to music and fun in Fort Collins this summer, you just cannot beat free.