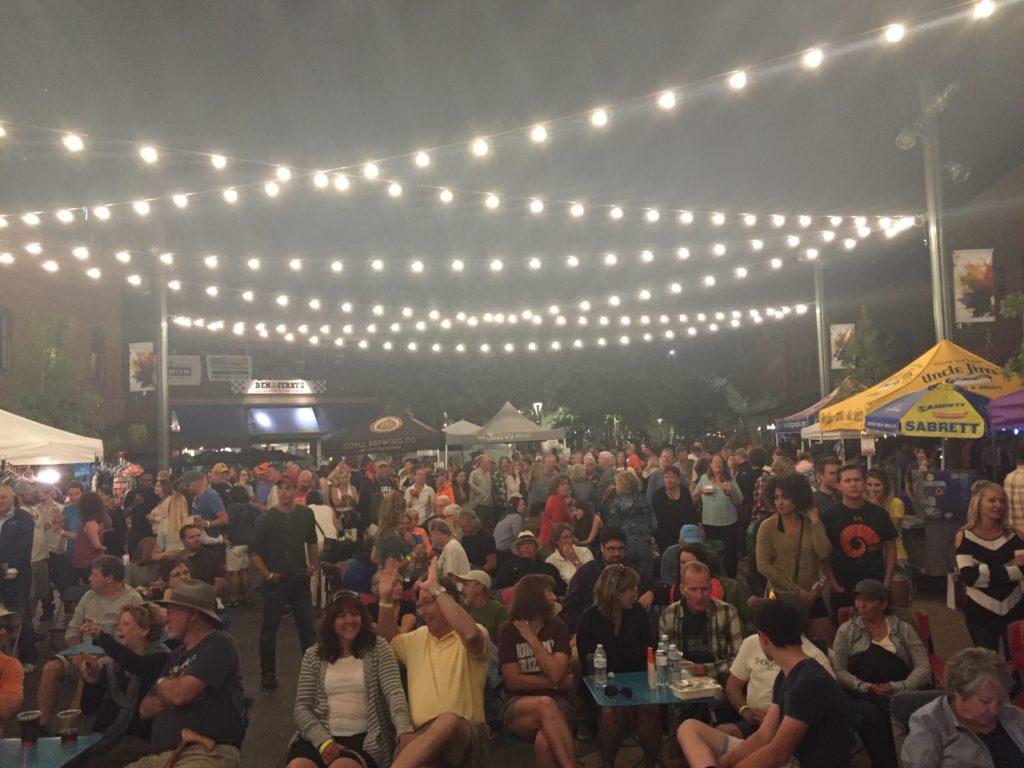 Anyone who wandered into Old Town Square last Saturday evening found themselves in the middle of FORToberfest, a fall festival that featured live music along with craft beer.

Above them, strings of lights glowed, creating a welcoming environment. Booths lined the Square, allowing for people to walk freely from vendor to vendor. Beer flowed from the Odell tent erected in the middle of the square, and waves of smooth jazz traveled through the air. The Square was the definition of a perfect fall night.

Oktoberfest is a festival celebrated around the world, which is dedicated to welcoming in autumn with beer and merry-making. Even though the fall festival originated in Munich, it’s no wonder that the tradition has reached our very own beer capital here in Fort Collins.

FORToberfest was hosted by Odell Brewing Company. This free event, which lasted for over 10 hours, included live music, local vendors and specialty beer tastings. In fact, one of the main reasons this year’s festival had so much hype was because Odell began the seasonal sell of their class “Isolation Ale.” Many other classic brews were served throughout the event alongside the seasonal favorite.

Although the beer attracted the festival-goers to the event, the entertainment certainly made them stay. The Old Town Square stage welcomed seven local bands. The bands performed a variety of genres from hip hop, to rock, to folk and everything in between, which provided music to suit the taste of almost everyone in attendance.

The crowd favorite was the well-known The Burroughs, a local Northern Colorado band. The Burroughs, who give a personal touch to soul and funk music, had the crowd dancing all night. At first, only a handful of young people dared to groove in the middle of the brick-paved dance floor, but eventually people of all ages jumped to their feet and joined in the fun. Local musicians bringing a community together through their talents was a special moment of the evening.

The combining of local music, art and beer in one fantastic celebration was a superb way to highlight some of the unique things about Fort Collins that make our town so significant. FORToberfest simply continued to promote our home’s legacy of excellence.