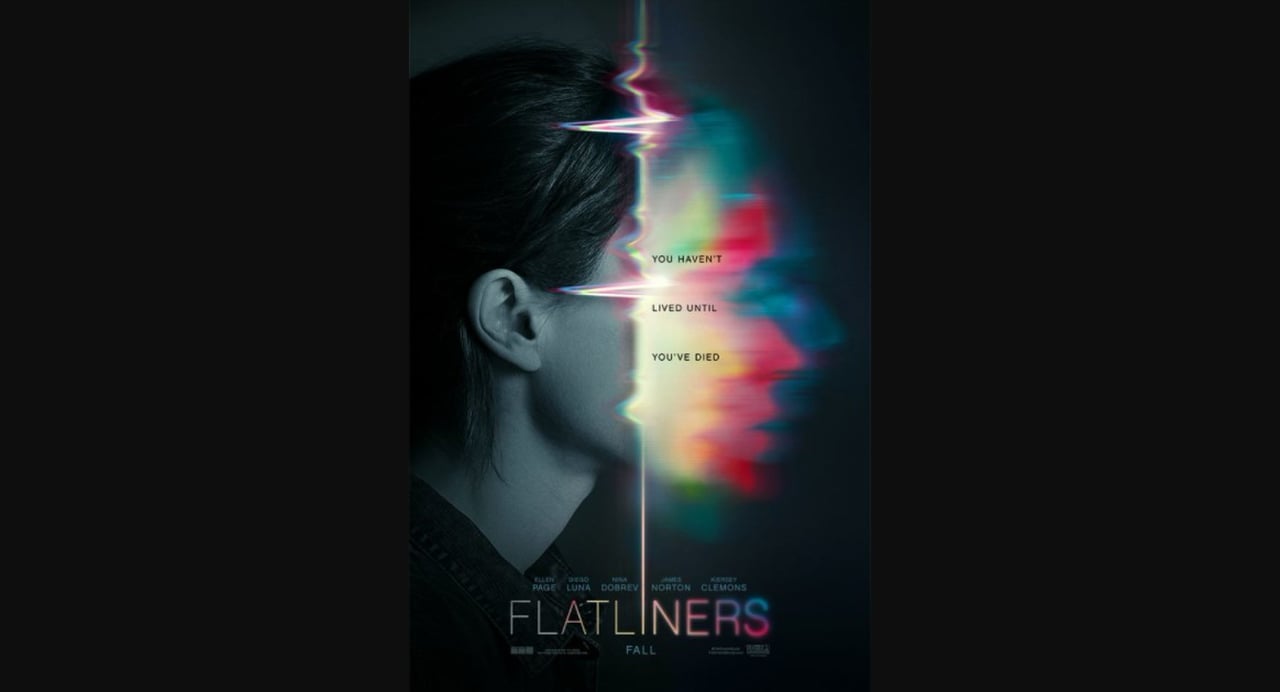 Flatliners is a 2017 horror/thriller film starring Ellen Page, Diego Luna, and Nina Dobrev, among others. The story follows five medical students as they conduct a dangerous medical experiment which allows them to die and experience the afterlife, in order to push medical boundaries. All seems to be well when each comes back more intelligent and talented than ever, accessing parts of their brain they never knew they could. However, each character comes to realize that something dark now haunts them: memories of the past they have tried to suppress. The five are psychologically tortured by their own personal demons as they try to navigate through the chaos they have ensued.

After seeing this movie, I give it 3.5 stars out of 5. As thrilling as the story was and as compelling and interesting the characters were, I found myself not particularly enjoying some parts of the film. For example, I thought some of the acting seemed forced. There were times when the conversations were supposed to be the most dramatic and fell flat. They were fake and hard to watch. I also expected there to be a different ending, perhaps more exciting, but I was disappointed by how quickly the thrill dropped off.

Trevor Weiss, a physics major at Colorado State University, had some thoughts after watching the film. “The plot was good, there were plenty of jump scares and suspense. However, I thought the ending was abrupt and very lacked luster.”

I agree with Trevor, the ending definitely lacked entertainment wise.

I would recommend this movie to anyone who likes psychological thrillers/horror with a touch of drama. It would be perfect for a Saturday movie night, as it doesn’t necessarily need to be seen in a movie theater to get the full effect. It is a great movie to curl up to on the couch with a warm blanket and some friends just for fun on a cold night.