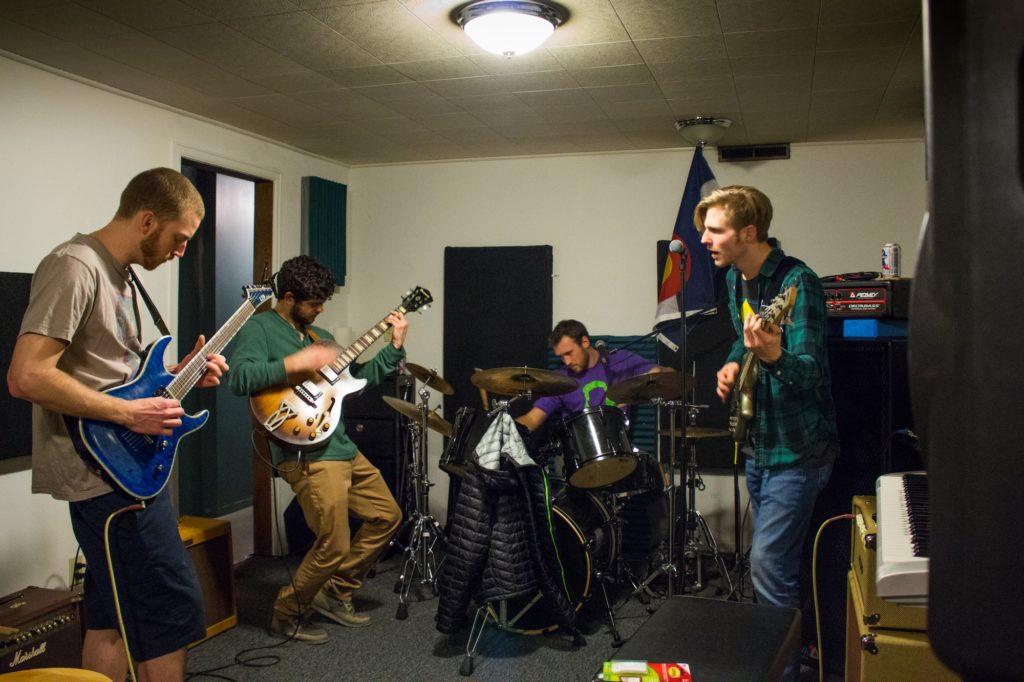 Fort Collins-based band, Ambellina, has a unique sound that mixes rock, bluegrass, and jazz. The band consists of members Robbie Brian, Kyle Evans, Riley Obermeyer and Graham Good, all of whom have grown up in Colorado and attended the same high school. For them, the jam sessions go way back.

“Me and Riley have been playing together since we were in seventh grade,” Brain said. “Then me and Kyle, and Riley as well since middle school.”

The members parted ways after high school, choosing to focus on their studies in college. They always kept in touch with one another, however, and would hang out while visiting their hometown of Littleton.

After Brian and Obermeyer reunited at a friend’s house, they began to play together once again.

“I hadn’t played with Robbie in years,” Obermeyer said. “It just felt right.”

The two continued to play together after graduating college, and about a year and a half ago they decided to take it to the next level. Brian and Obermeyer moved to Fort Collins, where Evans was already living and attending Colorado State University.

“We had a party at my house one night and friends came over and heard us jam and were like, ‘Are you guys in a band?’,” Brian said. “And we were like, ‘I guess we are now’.”

Inspiration for the band’s name, Ambellina, stems from a lyrical character in one of their favorite bands, but the decision was a spontaneous one.

“We were getting rushed into our first show and we didn’t have a band name,” Brian said. “I was texting these guys at work like, ‘We need a band name right now.’”

The band plays both cover songs and original music, and has so far played shows at the Artery, and at Hodi’s Half Note in Old Town.

Ambellina is currently in the process of creating more original material for future shows. Looking toward the future, the band plans to commit even more time to practicing in order to play more live shows in the area.

“We would love to play the outdoor square area this summer,” Brian said. He also listed the Mishawaka and the Holler!ween music festival as goals for future performances.

“We want to record an EP – an extended play, probably four to five songs,” Brian said. “Hopefully we can start stringing that together pretty soon.”

Check out this video of the band’s most recent performance at Hodi’s Half Note.