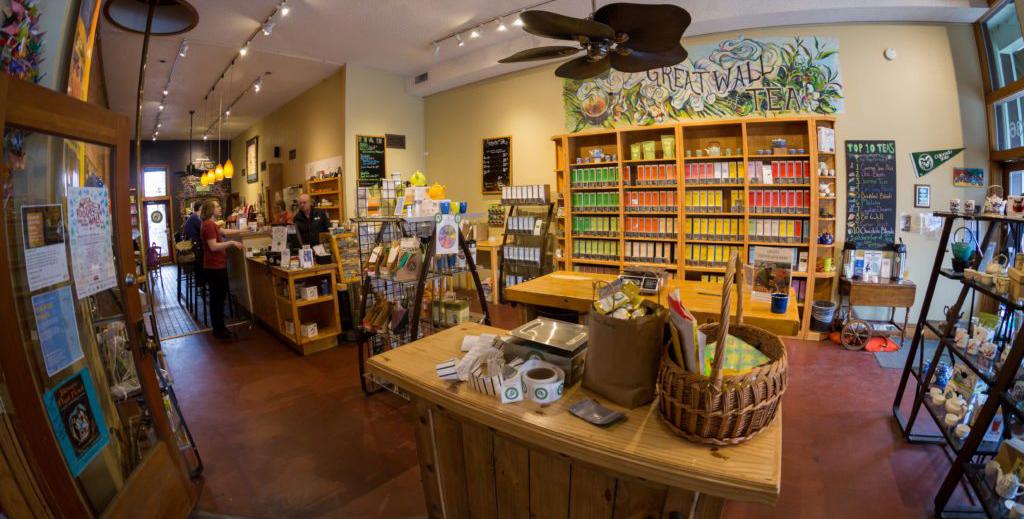 Coffee shops are great for the collegiate coffee connoisseur, but what is there for the person who is not a fan of bean juice? Leaf juice! Whether it is a study session that needs a more caffeinated breakfast black tea or a nice cup on echinacea tea to give the immune system a boost in the morning, tea culture runs just as rampant as a coffee culture.

Everyone is aware of the profuse amount of coffee shops that continue to pop-up faster than it is possible to drink; however, what about a shop dedicated to the fine art of tea? Happy Lucky’s Teahouse casts a unique take on the melding of history, community and tea with Fort Collins locations on Walnut Street in Old Town and on Council Tree in Front Range Village.

George Grossman, owner and chief Leafster at Happy Lucky’s Teahouse, gave insight on some of the history of the building itself. “Harper Goff was a set designer in Hollywood who was hired by Walt Disney to help build Disneyland,” Grossman said. “The main street in Disneyland was modeled after pieces of Old Town in Fort Collins.” The inside of the store was originally a firehouse/jail-house and a keen-eye can catch the remnants of both including a fire pole and barred windows.

The history of the building is fascinating and further. The sense of community and purpose that is created is one unmatched. A quick waltz to the back of the store shows a delicate environment with a brick wall abruptly in view. The wishing wall is brightly colored with nothing more than scraps of paper and pens rested in front of it.

“Mona Thorton, a local resident, was our designer on the backroom and the big question was, ‘how do we turn an old jail cell into a room that people want to hang out in?’” Grossman said. “I came in one day and she has left just the brick wall with a little sign that said Wishing Wall.” Customers are invited to the back room to enjoy putting away their phones and sharing a pot of tea while filling out ebullient wishes to stick in the wall.

Events are regularly held in the shop to help innovate and enlighten tea lovers of all genres. “The current event we’ve been holding is cooking with tea and is held on Mondays with a special final, 21 and older, Tea meets Cocktails event on Thursday,” Grossman said. Classes and events are held for those with any level of knowledge of tea.

The teahouse is also seen in some local favorite locations. Snowbank brewery has a 5-gallon keg of Chocolate Stout infused with an Earl Grey tea from Happy Lucky’s Teahouse and chocolate from Nuance Chocolate.

The most important part of a teahouse is the tea. Happy Lucky’s Teahouse bursts with the largest selection of teas, hitting over 200 with a variety to choose from and an array of locations. Their teas also include a rare find of imported Korean teas not found in many shops. Some of the popular favorites are the Cinnamon Spice Black and Rooibos Cinnamon Orange teas.

Grossman said they are currently working on five or six more teas to release into the store.

If you are seeking a curated blend in the perfect cup, drop by the either of the stores or find their teas at various locations around Fort Collins.