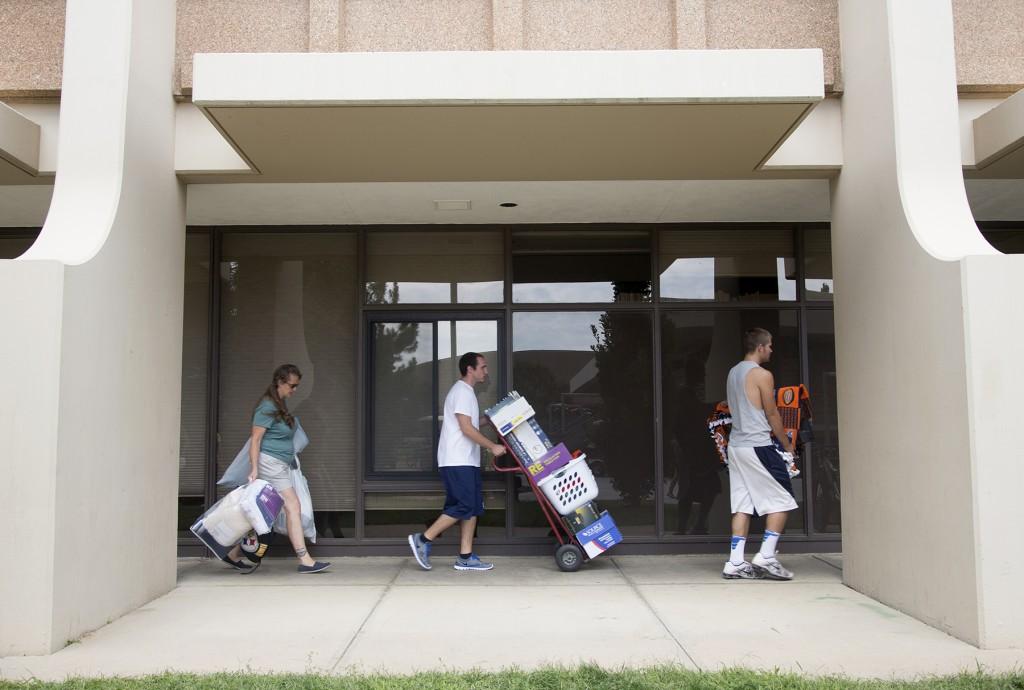 Besides late-night ramen cooked in a mug, Hot Pockets and sometimes overwhelming amounts of work, college is known for one other thing: roommates. No matter how opposed you are to the idea – or even if you aren’t opposed to the idea at all – the fact remains that you will most likely have to live with a roommate, at least as a freshman.

Incoming freshmen at Colorado State University are required to live on campus. This means that most of them will have a roommate unless they are lucky enough to get a singles room.

One thing that all roomies eventually suffer from is a condition hereby referred to as “post-honeymoon tension.” Post-honeymoon tension, in this context, is used to describe a negative shift in the dynamic between roommates after a certain amount of time has passed, usually about a semester.

Finding the best solutions to this phenomenon can be difficult, but you’re not alone. Sarah Azuero, a junior majoring in special education at the University of Northern Colorado, has advice on creating the least amount of problems between yourself and your roommate:

“Respecting your roommate’s boundaries and asking for permission before taking or doing something that could potentially affect the people living with you,” Azuero said. It may seem obvious that disrespecting your roommate’s space or taking something of theirs is at the core of all roommate disagreements, but it doesn’t have to be. Being open with the person, or people, that you live with and creating a set of ground rules can avoid awkward conversations and disputes in the future.

Keep an open line of communication

Tara Tolar-Payne, a junior at CSU who works at the Lory Student Center as an audio-visual technician, added that it is important to communicate with your roommate.

“I think if roommates are more inclined to communicate their needs in a healthy way and be willing to make compromises,” Tolar-Payne said. “Then you would run into the least amount of issues.”

But what if it’s too late and you and your roommate are already experiencing some post-honeymoon tension? Communication is still key to solving issues with your roommate.

“If your roommate needs a lot of alarms to wake up in the morning and that starts to become a problem,” Tolar-Payne said, “you need (to) communicate and find a compromise to that situation or else everyone is going to be annoyed. And, any tension that was already there will worsen.”

Azuero added, “You should try and be aware of how your roommate behaves when aggravated or annoyed, and give them time to cool off if they need it before attempting to talk to them about the issue.”

In the end, the best way to prevent post-honeymoon tension with your roommate is to establish good communication and respect. And it is important to have an open line of communication throughout the year. If something is bothering you, let your roommate know and try to work it out. The worst that can happen is they tell you no.