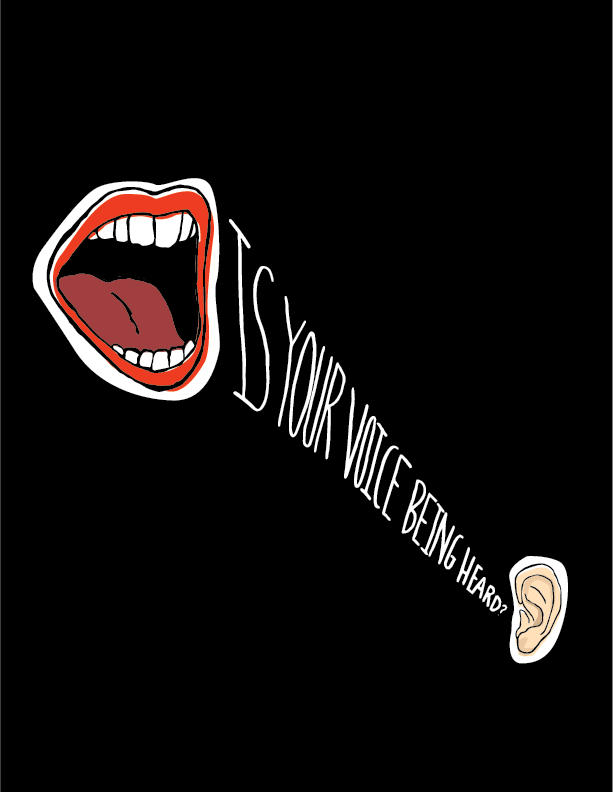 Editor’s Note: Several students quoted in the following article requested anonymity or that only their first names be shared due to concerns about retaliation. In the interest of minimizing harm by protecting identities, we are respecting those requests.

The past couple of weeks have been exhausting for many members of the Colorado State University community. It’s been a place of ignorance, malice, education and protests for recognition.

Over the weekend of Sept. 7, a picture of students wearing mud masks was put on social media with the caption “Wakanda Forevaa.” Since then, the photo has been labeled as blackface and has stood as a placeholder to represent every racist incident that has happened at CSU in recent years.

During President Joyce McConnell’s Fall Address on Sept. 19, almost 400 students marched in the #NotProudToBe protest. The protest was in response to what students consider the University Administration’s lack of action towards the students in the Snapchat.

While this was a step in the right direction, many students still feel like their voices aren’t being heard at CSU — and this is a big problem.

“Whenever the actual blackface event happened, it didn’t only affect me emotionally,” said Nealani Elliston, a CSU student. “It somewhat affected me physically because it was hard for me to look at myself in the mirror and not see their faces instead of my own.”

Change will never be made if people aren’t being heard by the institution and organizations that claim to be their ally.

“It is disappointing that I have to come to this to get to the University and our peers to genuinely see and hear us,” said Haneen Badri, a CSU student. “We, the marginalized, and our allies are putting our foot down and will not tolerate this complicity the University partakes in every time a hate and biased incident occurs.”

A university’s most basic, fundamental job is to provide a safe and effective learning environment for its students. While thousands get their degrees from CSU every year, the University seems to lack in its ability to educate students on racial matters.

“If we get a collective of people to take classes, at least they now know they can’t run away from it,” said Andre Wilson, a first-year CSU student. “(The University) advertised respect and all of that from everybody, and everyone would be held to the same standards. But in this scenario, they didn’t hold everybody to the same standards. If we as people of color were to do the same thing, I naturally believe we’d be punished for it. We’d probably lose scholarships for it, and it would ruin our whole opportunity to stay on campus.”

Many want the University to start educating students, mainly those from privileged and white backgrounds — meaning those who have systematic advantages or those who are not subjected to racism — on how their actions impact others.

“I think that there are two types of distinct ignorance that make up the white population,” said Huldah, a CSU student who asked that her first name only be shared. “It is ignorance towards not understanding students of color due to lack of exposure, lack of education, lack of community versus ignorance being racism, and prejudice because of personal bias towards people of color.”

Students also feel discriminated against because of the lack of diversity on campus. Minority groups make up a small portion of the students on campus, meaning they make up less of the money coming in for the University. According to CSU’s Institutional Research, Planning and Effectiveness, almost 70% of the 24,600 undergraduates identified as white as of Fall 2019.

“CSU is scared to reprimand their white students because all of the biased incidents, from what I know, has been a white student,” said Darlenne, a CSU student, who requested her first name only be published. “We go to a predominantly white institution. If all of their students who are white feel like as if they’re finally going to be held accountable and they can’t be themselves in a sense, I guess, then why have them come here? And I think that’s a really big thing. The largest minority group on campus makes up 15% … they can do without our money. That’s money they don’t give a fuck about because it’s not their largest target audience. And I think that’s really what it is.”

Along with anger toward the University, many are also upset with student media outlets, which have historically preached their desire to be inclusive and hear all sides of the story.

“I think it’s really unfair for (Kaplan) to have gotten a 30-minute interview and this big platform to basically victimize herself,” said Evelin, a CSU student.

“CSU is scared to reprimand their white students because all of the biased incidents, from what I know, has been a white student.” — Darlenne, CSU student

The #NotProudToBe protest has been, for many students, the only time they’ve felt a sense of community during their time at CSU.

“I think it has been really cool that the student body kind of united against this incident and recognized, ‘Hey! We DON’T stand for this,’” said Caley, a CSU student who asked that their last name not be published. “I think that was a really cool thing to see, that the whole student body does not just seem passive. That was empowering.”

The University claims to hear its students. It claims that it understands their fears and is working towards a solution.

“Blackface has a racist history that evokes fear, anger, and sorrow,” McConnell wrote Sept. 13 in a campus-wide email. “It is a dehumanizing practice that continues today, and it is despicable. As your President, I will lead the work that we must do together to stand against racism on our campuses and in our community.”

The bottom line is CSU needs to start listening.