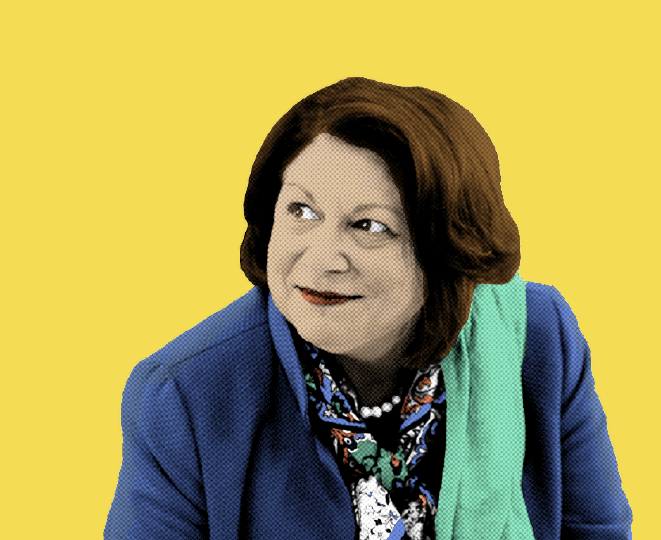 After over 150 years since its establishment, Colorado State University selected Joyce McConnell to be its first female president in March.

McConnell recently passed the 100-day mark as president, the short period of time already proving to call upon the leadership of the university. Amidst simultaneous admiration and criticism, McConnell and her team have the power to shape the future of CSU and what it means to be a CSU Ram.

The editorial staff of College Avenue Magazine sat down with McConnell to discuss her first 100 days at CSU.

College Avenue: What have your first 100 days as president at CSU been like?

Joyce McConnell: I entered into it with this idea that the most important thing I could do in the first hundred days is to learn everything I could possibly learn about CSU because I’m not from within. One of the things that was extraordinary to realize is there are so many people who’ve been here for 30 and 40 years and have a tremendous sense of history about the institution. Then there are other people like our first-years who have hardly been here at all, so that’s been fascinating to me.

I think one of the things I learned in the first hundred days is that the reasons why I wanted to be president of CSU are all true. This is an extraordinary place with the kind of students that I love to work with and faculty who are doing incredible work, research that is really meeting global challenges. The excellence of the university has really come forward for me.

CA: What would you say your most memorable moment has been here at CSU?

JM: I thought it was really cool the first time I met four-legged CAM. I really like CAM and I really like looking in CAM’s eyes. That was really fun for me, and I think it’s symbolic of something that’s actually more fun, which is learning all the traditions. When you haven’t been in a place before and you come in and there’s a whole set of traditions from the bonfire, homecoming, to the fight song, to CAM, and all of that is such a wonderful process of discovery. All of those traditions exists for a reason, for really celebrating community.

CA: In terms of being here the first 100 days, are there any particular moments that stick out to you?

JM: I think the racist blackface event was a shock because I didn’t know about the other instances. Even though I know those kinds of racist and biased incidents happen around the country, I really wasn’t expecting it here. That really took me by surprise. Once I knew of that event, people started coming forward and telling me the other events. I was able to put together a more complex picture of what has been going on on campus.

One of the things that is both wonderful and then surprising is we, as a university, have invested so much into diversity and inclusion and have the aspirational principles of community. I think that when all of that started, we were at a different point in terms of public discourse and foundation. Now, here we are almost 10 years later from when a lot of those initiatives were started. We’ve got to really be working on racism and bias in much more focus.

CA: With the incident of the blackface Snapchat, how do you think that will impact your next 100 days, or how do you envision where we can go from here?

JM: I think it has already influenced my next 100 days and the last three weeks of my hundred days by really thinking hard about the Race Bias Equity Initiative that I proposed at the Fall Address, and then trying to evaluate why the things that have been done haven’t produced the outcomes we want, and what can we do differently going forward that’s actually going to change culture. We’ve heard from students loud and clear that there’s a lot of racism and bias on campus that students are experiencing and now reporting those incidents. But, many of those incidents are also happening in the larger community of Fort Collins. I’ve been talking to the mayor and the city manager and members of the city council, making sure that we’re not just looking at our own culture within the bounds of CSU, but that we’re partnering with the city and saying, “What can we do as a larger community?” They’re ready to get to work and to work with us, so I’m happy about that.

It’s much better than in most university towns. There’s been a wonderful working relationship with people really trying to address issues like climate change. I think the city’s made incredible strides and so has the campus. What I was surprised about was that there is somehow this experience that our students have both on-campus and off-campus where they’re experiencing this kind of language that is so hurtful. That is just devastating to me, and it surprised me.

CA: What was the impact of the Snapchat in terms of higher leadership at the university? What’s going on at the administration level when something makes national news before anybody can blink?

JM: Everyone tries to pitch in and mobilize to do the right thing. There’s the immediate response to a crisis, and that involves communications, the police and the people that handle bias reporting and student affairs, housing. You need to pull the whole team together so you can try to really understand what it is that has happened. Then the communications team becomes so important because there’s so much happening so fast in terms of how something like a Snapchat can move so quickly, so virally. And, it feels as if the students were really mobilizing as well and our students mobilized in a way that I think was just tremendously courageous and also had a significant impact. Organizing for the ASCSU meeting and having between 600 and 700 people there, staying from 6:30 p.m. to 1:30 in the morning and speaking publicly about the incidents that have hurt them so much and have made them feel unwelcome – I think that was extremely powerful. When the students organized to march at the Fall Address, that was really impressive. I stopped my remarks and said how courageous they were and also what a great example they were for the nation.

CA: You mentioned how we have to pull a whole team together for when incidents like this happen. How do you, as the president of CSU, pull the team together?

JM: The other office that was really involved when we were doing that is the Office of Diversity. … You have everyone’s cell number so that you can chat and you can pull groups together really really quickly. … I think what was really hard for the team on the day that they were working on the initial statement is they hadn’t really worked together before. … Two key members of the team came from in West Virginia and they had only been here a couple of days. So there was a lot of initial criticism — and there is continuing criticism about the messaging — because people didn’t think it was strong enough. A lot of people sat around the table … to craft that message and what was really important and what we need to say is racism and incidents of racism are intolerable on this campus. They’re reprehensible acts. I always talk about race and class together. … I also want other students who feel like they’ve been marginalized because of their identity to understand that I do understand they’re subject to bias as well. So, I always talk about the two together. Although, I do think that given the racist incident we had and then the other incidents that have happened in the past, we really need to focus on racism and how it gets expressed. Whether intentionally or unintentionally, it’s harmful.

I also think a number of incidents have been anti-Semitic. That has been very troubling as well. What we know most of and talk most of are the very physical swastikas. But when I met with the Jewish students, they told me that some of them had been told that it was too bad their entire families weren’t killed in the Holocaust. The level of discourse on campus is as rough and biased as it is in the nation right now, and I feel like there’s been an escalation nationally in the way in which people feel freer to use language that we do find offensive.

CA: How did you envision your first 100 days starting out in this position and how has it kind of compared to the reality of it?

CA: It’s notable that you’re the first female president of CSU. What does that mean to you?

JM: Such a great question, because when I first decided to become a president, I was only thinking about the presidency. I didn’t know where I would be president. … But the moment that I realized it actually had significance for people was when I called my daughter. I told her that I had become the president of Colorado State, and she was with a bunch of her friends and I could hear them screaming, crying in the background: “That is so amazing!” That was when the combination of being a president and then being the first female president – that’s when it really solidified for me, at that moment when I can hear her friends in the background. It has been really rewarding to me how many people, women, students, people of all genders, races just coming up to me and telling me how much it means to them that I’m the first female president.

CA: What’s something that is important for students to know about you that they maybe don’t already know?

JM: I love being outside. Being outside in nature is where I find strength and solace. I’m so thankful to be able to live in such a beautiful place and to be leading such a great institution.

CA: In your own words, can you describe what it means to be a CSU Ram?

JM: I think with a 150-year legacy of this institution transforming lives through higher education, that being Ram means that I can transform lives in the future, but I also can build on that 150 years of just phenomenal transformation of individual and family lives but also, Colorado, and of the globe.

CA: Is there anything else that you’d like to add that maybe we didn’t have a chance to talk about or to touch on?

JM: I’m very focused on the future and what we’re going to do as an institution. I always approach everything with a great sense of urgency. I liked the idea in my speech I announced a courageous strategic transformation. I like that image of boldness and urgency and making ourselves the best we can possibly be.