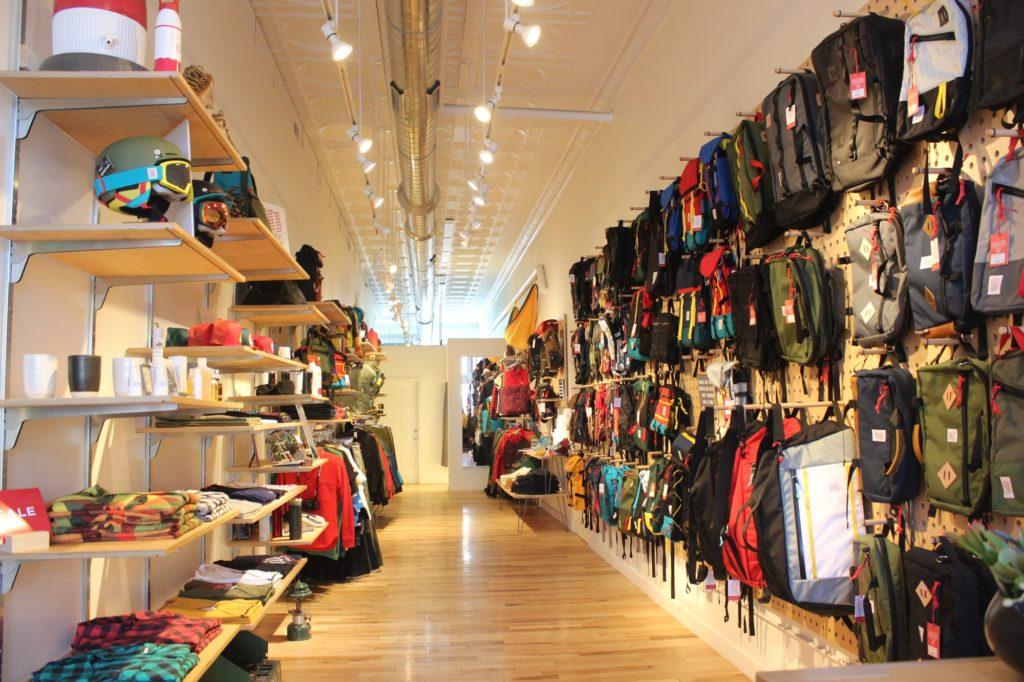 Founders Mark Hansen and Jedd Rose created the brand in 2008 and opened the Denver flagship store in 2013.

Two years ago, the company expanded to open its second location on S. College Avenue in Fort Collins. Apparel and Merchandising sophomore Marshall Columbia has worked at the Fort Collins location for just over a year.

“In a city like Fort Collins, people value the outdoors,” Columbia said. “It was pretty seamless for us to fit in here because of that lifestyle.”

“I love the mixture between something that is aesthetically pleasing but is also meant for the outdoors.” — Marshall Columbia

All Topo Designs products are manufactured in the U.S., reflecting the company’s commitment to community.

“Our bags are made locally in Broomfield and our clothing is made in the bay area in California,” Columbia said. “Our headquarters is in Denver and the design and marketing team work out of Fort Collins.”

Topo Designs sometimes hosts community events such as yoga at its Boulder location and Run Club at the San Francisco store.

“It’s a really community-based company,” Columbia said. “It’s cool to talk with people about climbing, skiing and the things they like to do.”

Natural resource tourism junior Cole Rickard is one of the many customers who supports the company.

“I think it’s a really cool store,” Rickard said. “I like the idea of local, high-quality products and enjoy being able to represent the Fort Collins community.”

An avid outdoorsman himself, Rickard agreed that Topo Designs is a great fit for Fort Collins.

“It matches with the values that a lot of people in Fort Collins have,” Rickard said. “There are a lot of outdoor enthusiasts and gear junkies.”

According to Columbia, the brand creates the perfect balance between city style and outdoor utility.

“I love the mixture between something that is aesthetically pleasing but is also meant for the outdoors,” Columbia said. “We see ourselves fitting in with the city person who goes on day hikes and values the outdoors outside of their city life.”

Columbia said as the company is beginning to expand their markets internationally. Even as Topo Designs grows, they still maintain their original core values.

“It’s such a tight-knit community within the city, and we wanted to be a part of that,” Columbia said. “We try to get our customers in the lifestyle of Topo.”