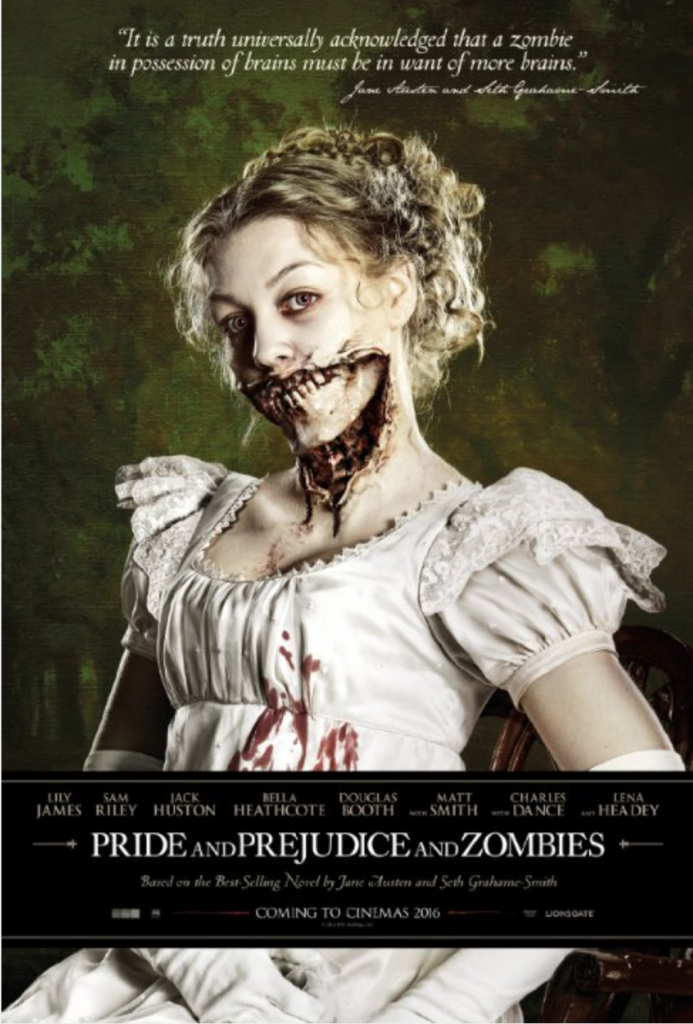 Marriage proposals, Victorian ball gowns and tea with society’s most elite members: Throw in a hostile army of brain-hungry zombies and what could be more romantic?

Set in 19th century England, the Bennett family and other aristocracy struggle to avoid being bitten and infected by zombies that ravage the English countryside.

“PPZ” opened in theatres Feb. 5 and is rated PG-13. Directed by Burr Steers, the film encompasses all of the components of a one-dimensional action film: cheesy one-liners, slow motion fighting scenes, and even a dramatic explosion.

The high-class social setting provides an ironic juxtaposition of the glamorous and the gory. This contrast was also highlighted by the hybridized score of classical and horror music.

The film did, however, stay true to many of the characters’ qualities. Lily James did a commendable job in her portrayal of the strong-willed protagonist Elizabeth Bennett. “I shall never relinquish my sword for a ring,” Bennett said.

The five Bennett sisters are all highly trained in Chinese martial arts, never relying on a man to protect them. They always have a musket or a blade hidden under their skirts and are prepared to kill any zombie they come across—all of this while wearing a corset and petticoats.

Actor Sam Riley portrays the brooding Mr. Darcy. “Mr. Darcy, you are as unfeeling as the undead,” Bennett said. Riley’s performance felt rather uncomfortable and forced, although perhaps this is just a function of his angsty character.

While there were some enjoyable moments like Mr. Collins’ cringe-worthy marriage proposal, the entire film felt like a succession of awkward tea gatherings and exclusive galas, punctuated by violent zombie attacks.

As a lover of Austin’s original novel, I was disappointed to see such a classic story transformed into something that is thrilling yet lacking all of the culture and beauty of the original.

Even so, if you’re looking for a film that does not require a lot of thinking and includes plenty of fighting and a fair share of gore, then “Pride and Prejudice and Zombies” is for you.