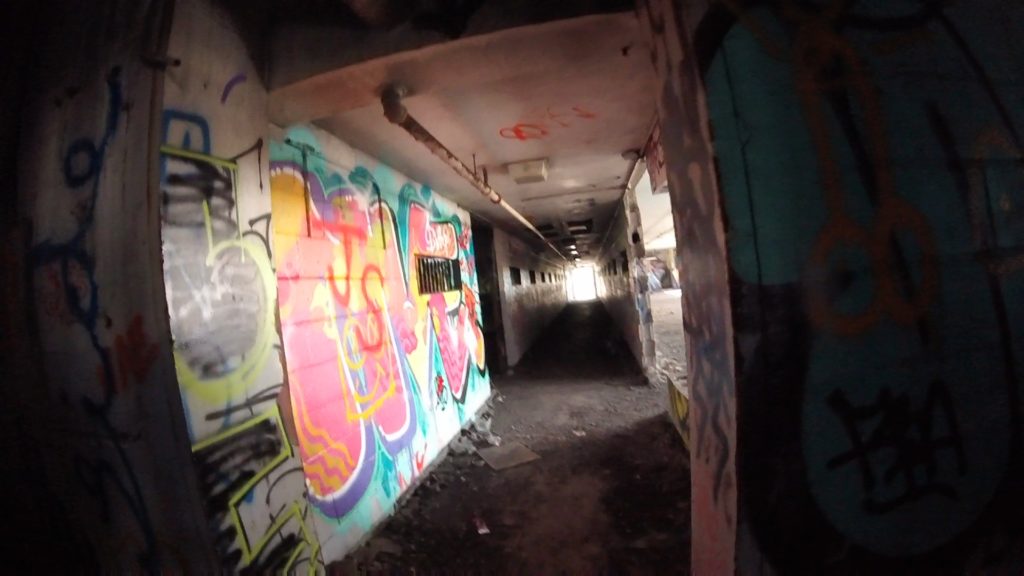 Over winter break, a friend and I decided to explore around the city of Atlanta, my home town, to see if we could find any old and abandoned things that the public may have forgotten are there. Atlanta, having lots of history and old structures, made our search fairly easy. There are many places around the city that are indeed abandoned.

One place that struck our attention was a place called the Atlanta Prison Farm. Basically, this structure is an old, abandoned prison that is far in the woods just south of downtown.

Of course, a little research had to be done before we could just walk right up in this place; after all, it was a prison. We discovered that this prison had been in operation from 1945 up until about 1995, when it was shut down.

Atlanta Prison Farm was considered a farm because inmates were brought to the prison and were required to do physical labor on a farm during their time in jail.

After a few days of searching on Google maps, trying to pinpoint the the exact location of this prison farm, we finally narrowed down a decent search area. My friend and I started walking around in the woods outside of Atlanta to see if we could find the actually place.

The vegetation was extremely thick. There were times where it almost seemed as though we would not be able to get through certain areas, for there were large fences in the way of us and the prison. After finding a hold in the fence, we continued to walk a little further, then, out of no where, what seemed to be just vines growing on old tree actually turned out to be the side entrance of the prison. We had finally found it!

The pictures in this article do not do a justice of just how impressive this place truly was. Although it was honestly pretty creepy, I feel that it was one of the most impressive places I have ever seen.