Brewing Knowledge and Toasting the Future 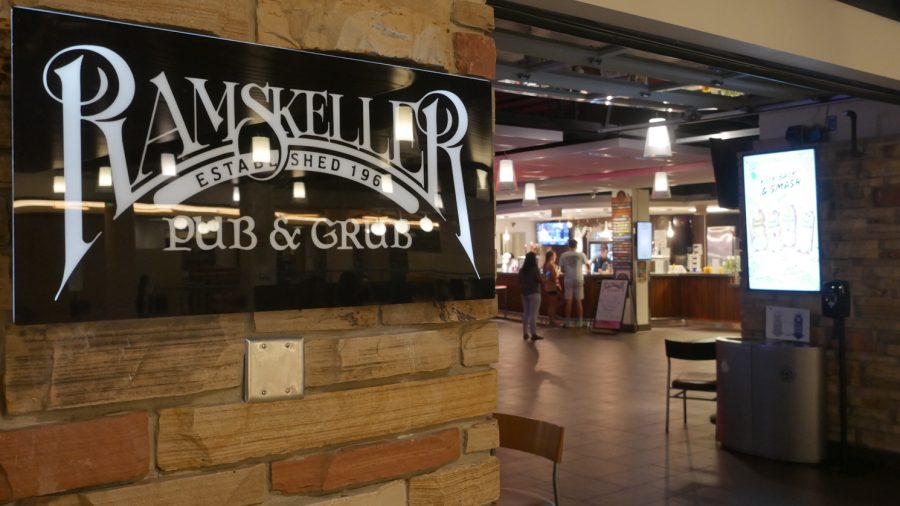 In the basement of the Lory Student Center, on the Colorado State University campus, visitors will see a dimly lit bar full of neon signs and TVs. Here in the Ramskeller Pub & Grub, more often than not, nearly every table will be filled with CSU students by 1 p.m.

Sure, it may be 5 o’clock somewhere, but these students aren’t worrying about finding reasons to enjoy a cold beverage early in the day: rather, they are taking the time to catch up with friends between classes or, better yet, working on school work.

According to Jeff Callaway, associate director of the Fermentation Science and Technology Program at CSU, this sense of gathering is what is at the heart of the Ramskeller. “The community aspect is huge,”  Callaway says, and thanks to it, this pub has been a place where anyone can come not only to grow their relationship with beer but advance their education in the fermentation and food science industry.

Fast forward to 2018, not only does CSU have a program dedicated to teaching and preparing the brewers of the future, but there is also a world class brewing facility that students are trained to operate.

“Having the Ramskeller Brewery here is only because the pub has been here since 1968,” Callaway says. Prior to the brewery’s presence, students learning the trade would go to local breweries where they would craft their own beers. The Ramskeller would then sell these beverages at their taps.

These relationships grew to be so strong that when the Ramskeller Brewery was first coming to fruition, big players in the industry made large donations to provide students with the high-class machinery that they have now.

For students in the Fermentation Science and Technology program, this was career defining.

“It takes a long time to train on this, to run the automation,” says Jeff Biegert, Fermentation Science and Technology instructor and brewmaster.  “But to have that exposure, and for them to do the work in the brewery and all the stuff around it, it’s a huge advantage for them.”

At the beginning of Biegert’s career, he found himself working for a small startup brewery called Tremont Brewing in Charlestown, Massachusetts. There he served as the company’s head brewer and production manager. Despite these defined roles, he did everything from clean the floors to filtering the beer.

Biegert said he learned a lot: working with everything from raw materials to packaging and bottling put him in a good position for the rest of his career.

This can also be seen in the students who work closely with the Ramskeller through the fermentation degree program.

Biegert emphasized that they run the brewery like a real, world-class facility, meaning that in the Ramskeller they do the work of packaging and kegging, all the way up to the point of dispensing.

The same advantages that have allowed for Biegert’s success are provided to these students in the Ramskeller.

Every year as students in the fermentation program graduate, they are hired by brewers from all over, Biegert says. Some local names include New Belgium as well Odell Brewing.

After the beer is produced, packaged, and kegged, it becomes available for sale to the general public in the Ramskeller. Even something as simple as selling beverages is done with lots of heart.

“Social responsibility is a big thing here,” Callaway says. “The bartenders are students who are trained, and people are learning how to interact appropriately.”

Campuses such as The University of Oklahoma and Baylor University have strict rules in place preventing the sale of alcohol on their properties or seriously limiting it, according to their alcohol policies. However, Callaway sees this as a bit counterintuitive.

The dry campus idea, “does not foster positive habits, but coming and being with people and learning to enjoy beer responsibly and learn more about it would actually do the opposite and create a positive way to engage with alcohol,” Callaway says.

In terms of operating the bar, the Ramskeller is “not your typical run of the mill on campus job,” says Faith Jung, student manager at the Ramskeller. “It’s pretty much all day, fast-paced, and requires high energy just because we are constantly getting customers.”

Despite this hectic environment, those tending the bar still find the work they do enjoyable. Many may not be able to say that about their jobs, but there is something that sets the Ramskeller apart.

For Jung this manifests itself in the relationships she has made in her time there. “I love the people who work [at the Ramskeller],” Jung says. “In fact, I became close friends with half of the current staff just because everyone is super friendly.”

For some, the bustling atmosphere on campus may be a source of anxiety that contributes to social and emotional fatigue. The Ramskeller offers a place of refuge that eases the mind.

Callaway emphasized that this space is not just for students, but that the alumni and parents both love to come and visit. Gesturing to the brewing machinery and neon signs, he said that this brings together everything that Fort Collins is about.

Whether learning new skills, reliving old memories, or making new ones, it’s undeniable that the Ramskeller Pub & Grub has something to offer. So stop on by and see what all the buzz is about.