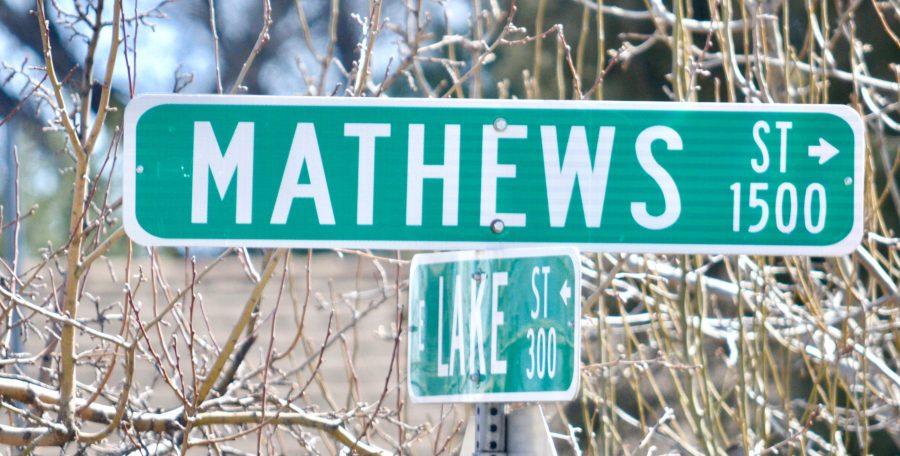 Street names in Fort Collins are named after influential and memorable members of the community. Photo credit: Missy Miller

Hughes, Mathew, James, Maxwell, Bryan: what do all of these names have in common? They are all street names found around Colorado State University and in the city of Fort Collins; a city which names roads in honor of influential, successful or outstanding people. The problem that the Women’s Commission of Fort Collins has taken issue with is that these names all belong to men.

At a monthly Women’s Commission meeting held March 21, 2018, the underrepresentation of women in the city’s street names was addressed. The commission’s solution to this issue was the implementation of their 2018 street naming project. “This is an ongoing project that strives to bring appropriate representation of women in the community to our city,” Lexie Kuznick said, who is a Women’s Commission member. The commission has begun recording women of the past and present who qualify as candidates for a city street name.

The influential people that they are looking for in this process include women from any profession and walk of life, Women’s Commission staff liaison, Alyssa Stephens, said. They want to find women who have left their mark on the Fort Collins community and who deserve to be recognized. This process of finding qualifying women has already been started by the Zonta Club, a group devoted to advancing the status of women worldwide. Zonta is working diligently to find important women from the past who have yet to be acknowledged or honored. The commission has been helping this process by collecting oral histories and documentation and by finding women who are still alive today to tell their stories. It is Zonta and the commission’s goal to find as many qualified women as they can for this project, from the past and present day.

In a recent street naming project done over the summer of 2017 for the Capstone Cottages development, the suggested street names consisted of males. Barney Apodaca, Jim Reidhead, Bob Everitt and Dick Beardmore were a few of the options that the city was looking into. While all of these men qualify in ways that should be recognized, ranging from having disabilities to being founders, it is notable that there was a lack of women recognized during this time. It is clear that there is a real need for the project headed by the Women’s Commission.

The Women’s Commission plans to visit CSU in the near future to discuss upcoming events and ways for students to get involved. Some students have already heard about this project and are eager to participate. “I think that [this project] is important to have in Fort Collins,” Kierstin Rounsefell said, a CSU fourth-year communications studies major and project-supporter. “Society as a whole is becoming more aware of women’s recognition and rights, and I think that this project does a great job of representing that in the community.”

Students and people of the community can submit names that they feel qualify according to the guidelines provided by the Street Inventory System. The submission option can be found on the Women’s Commission website for anyone who feels that they have a nomination for the street naming project. A list of names that have already been approved by the city can be found here.