Your Pics With African Children Do Not Make You Cultured 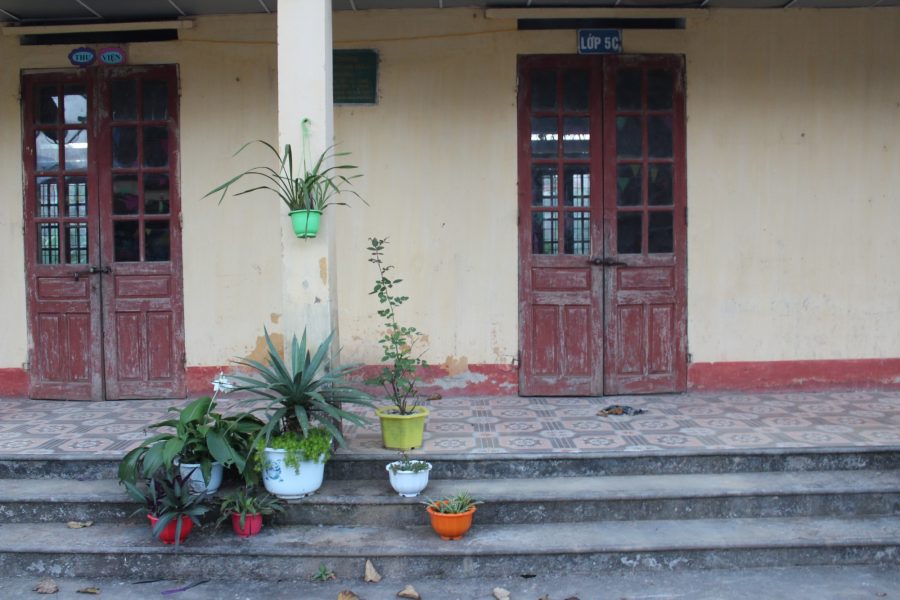 The front steps of a classroom in Sin Chai village the night we arrived, before meeting the children the next morning. Photo credit: Lexi Elio

“This one’s my favorite, where he’s pulling the wrapper over his face,” my travel companion gushes.

She shows me the photos taken from our brief stop at a school while trekking through Sapa, Vietnam, a lush landscape of rolling, green rice fields. She flicks through the series of child portraits: a six-year-old in a neon green and pink jumper playing with her just-gifted flower crown, a young boy smashing his fingers up and into his nose, an even younger girl looking up at the camera, sticking her tongue out, frozen in time.

“The photos just capture such innocence,” she says.

Child photography always seems to be about “capturing innocence” — but to capture is to take by force, to exploit power for personal gain.

Child photography always seems to be about “capturing innocence” — but to capture is to take by force, to exploit power for personal gain.

I remember the moment her portraits were taken. The children were shy and tentative, only approaching us in groups and averting their eyes if our gaze was too direct. That’s not to say they did not warm up — a group of girls taught us how to play jacks in the big, dusty courtyard, but their curiosity was certainly tempered by fear. A blank stare ahead was not consent to photograph, any real connection was not going to be brokered by a big mechanical apparatus. But click went the camera.

I remember the moment before the portraits were taken, when eight massive DSLRs stared down singing children before we had even met and I remember the moment afterwards, too, when my shipmates weaseled away from me, one by one, not wanting to carry on a conversation about whether our cameras belonged there in the first place.

The airline catalog on our flight from Sapa back to our port city, Ho Chi Minh, was courteously translated into both Vietnamese and English. I’m skimming articles on architecture and ancient relics when a photostory of bright reds and yellows against green foliage and rich brown earth catches my eye. There are not people in many of the photos, but when there are they are honest and vulnerable.

After scanning the selection, I flip back to read the caption. “Images documenting the cultural life, people and landscapes of Vietnam captured by photographer Justin Mott…will be put on display in an ongoing photo project called ‘As Above So Below.’ Mr. Mott wishes to present his project to all the people of Vietnam, to be used free of copyright for both personal and commercial purposes so as to help bring Vietnam’s beauty closer to friends all over the world.”

I envy photographers like Mott who have the freedom to station themselves for weeks or months at a time, to immerse and invest themselves so fully in their subjects. My travels with Semester at Sea, no more than six days in a single country, were so fast they do not allow me to develop those kinds of connections.

I think back to Samuel from Ghana, who hosted me in his village one night back in September. He welcomed me into his life without reservation. I helped him reel in lobster traps woven from palm fronds and fanned coals while his sister cooked the prawns an hour later. His children all shared one bed so Grace, a fellow traveler, and I could sleep in the spare room with a fan. Samuel and I stayed up late that night, talking about everything from life on the ship to his parents’ marriage ceremony to the orphans uncared for in the village.

My pictures from that trip are pretty awful. I was learning about the community while simultaneously trying to document it in a meaningful way. So even when my photos had distinct subjects, I had not yet articulated what I wanted to say. Not to mention I still was not great with manual mode under pressure, so a good chunk of photos are blurry or overexposed.

I do, however, have a wonderful series on my camera I like to call Give A Girl A Camera. One of Samuel’s nine-year-old nieces, Millicent, the quietest and most mature of the bunch, loved to carry my camera for me. Though I could tell she relished the responsibility, it made me slightly uncomfortable, her lugging my big camera around all day just so I could use it when it struck my fancy. So we paused our stroll and I tried to show her how to use it.

Her first photo featured a very blurry cluster of yellow chicks hopping across the road. I held my hand out, asking to see the camera, and switched the view from the lens to the screen so she could see what the camera was doing. I zoomed in and out, twisting the lens with an exaggerated motion until she nodded her understanding. We started back with the chicks and moved our way down to ants, eventually lying down with our faces flat against the dirt to catch the right angle.

Millicent’s photos also include an impromptu family dance session on the porch, a pair of goats grazing in the field, and her personal favorite, her grandmother and aunt both tugging my hair taught against my head into a single braid.

I can’t say I envy my generation’s comfort in documenting moments that are not ours to take. There is beauty in not telling someone else’s story, which is arguably much easier but instead empowering them to tell their own.

I remember, the summer before I left for Semester at Sea, sitting on a couch at a house party. Most of my friends were away for the summer, so I did not know a lot of the bodies filling their cups with jungle juice or dancing in the strobe lights.

People were there to get drunk, post about it online, and leave with someone different than they came with. The closest thing to an intellectual conversation was the circle of kids getting high on the back deck, musing about how big the universe was.

So sat on the couch, being, for lack of a better word, a “party pooper.”

After a short while, a boy I had not seen before sat down next to me and we actually talked. I told him about my upcoming trip and how, at the time, I had planned to produce short videos featuring interesting people I met in each country. (Ah, how quickly a busy schedule and new environment overshadow creative energy and my desire to make things.)

The boy asked me, “Not that those don’t sound really cool, but, uh, are you at all worried about appropriating other people’s stories? Continuing a historical pattern of foreigners exploiting the exoticism of another country for their own gain?”

Child photography is the most egregious example of our camera-happy, cultural accumulation because children in any part of the world often do not understand an entire situation. Especially in the developing world, children likely do not grasp the implications of being photographed by a tourist, that their photo may be featured on a blog or a social media profile with hundreds, if not thousands of followers. It is not a child’s responsibility to understand Western photography and advocate for themselves; it is our responsibility as educated, privileged adults to understand the very basic concept of consent: not saying no does not mean saying yes, an adage that it applies to a lot more than sex.