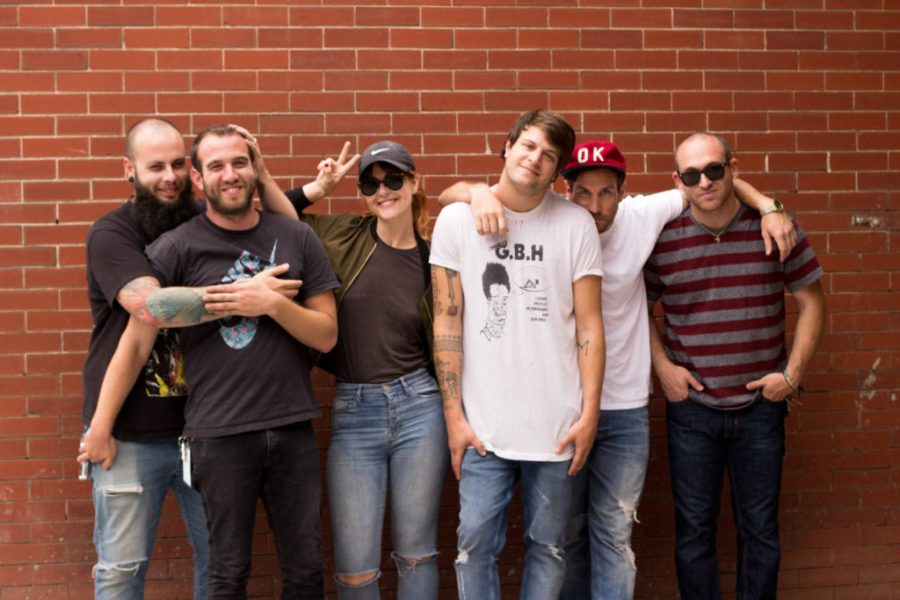 With their quintessential California sound, the feel-good indie rock band The Mowgli’s has established themselves as a prominent name in the alternative music scene since their formation in 2010.

The group played in Denver last Tuesday at the Bluebird Theatre as the first stop on their month-long tour. The tour showcases the release of their newest album “Where’d Your Weekend Go?” Sep. 30 including singles “Spacin Out” and “Freakin’ Me Out”. The small venue provided an intimate space for The Mowgli’s to perform hits like “San Francisco” from their debut album “Waiting for the Dawn” and “I’m Good” from sophomore album “Kids in Love.”

The group consists of six members, each contributing vocals in addition to playing other instruments. Colin Dieden and Josh Hogan play guitar, Mathew Di Panni is on bass, Dave Appelbaum jams on keyboard, Andy Warren and Katie Jayne Earl rock drums and tambourine, respectively. College Avenue conducted an exclusive interview with the band before the show.


College Ave: Can you tell us a little bit about your inspiration behind the new album?
[Colin]: It’s just kind of reflecting on what that’s been like for us the last few years of being a band and traveling.

[Josh]: It’s a lot of personal experience put into songs.

[Colin]: Themes of loneliness I think we kind of captured coming up on this record more than others. Still that signature happy, Mowgli’s, love-inspired thing just kind of through a different filter.

[Katie]: I like to say it’s kind of about being alone together.
College Ave: What has it been like for the band being on tour?
[Katie]: We’ve been touring for the past three or four years and it’s been a really really great adventure. We’ve gotten to see so much of the country and connect with so many fans. Colin and I were just talking about last night how good it is to have fans singing your songs back at you, there’s just nothing really like it. It’s been a really great experience.
College Ave: How would you describe the relationship you have with your fans?
[Josh]: We try to just be like people you know, not hide from them.

[Andy]: We’ve been doing this for a few years so we’ve seen a lot of our fans when they were younger and now they’re entering college so we’ve gotten to see the growth of a lot of our fans that we’ve met over these past few years which has been kind of cool. We have interactions with them on social media and we’re friends with them on Facebook. [They’re] people that we’ve encountered on our journey [and] we’ve kind of folded into our lives in interesting ways.
College Ave: What is the group dynamic like?
[Katie]: We’re friends. We’ve been friends for a long time, we were friends before the band and if anything we’ve gotten closer. We’ve had a really good experience together so far and we’re like a family.

[Andy]: Can you change it from friends to pals? We’re super pals.

[Josh]: Just going through as much as we’ve been through together I think really has brought us closer as a group.
College Ave: Is there a prankster in the group?
[Dave]: Colin is the original prankster. He put mustard in my bed once.

[Colin]: The best prank I’ve ever pulled I think was one time we placed army men all around David’s life.

[Dave]: It was like ongoing psychological warfare.
College Ave: What kinds of challenges have you been faced with as a band to get where you are today?
[Katie]: We’ve gone through three albums together and a bunch of different contracts together and losing a couple members. We’ve been through just about everything a band can go through together so far and there’s definitely been trials and tribulations and hard points and mostly good ones and we’ve come out of the dark tunnels every time.


The band gave a breakdown of a few of their most popular songs.

“San Francisco” – [Colin]: “San Francisco” was written in San Francisco. It’s about being young and crazy and being there and the energy of the city and what happened in those couple days and it was very inspired by the time that it was written in.
“Bad Thing” – [Katie]: We just put a single out called “Bad Thing.” It’s kind of about exploring means of medicating your loneliness by trying to connect with other people and the constant battle but kind of realizing that even through that you can still fell loneliness but that’s kind of okay sometimes.
“Spacin Out” – [Katie]: “Spacin Out” is about just kind of zoning out when you’re thinking about your life and all thing things you’ve been through. When I think about the lyrics to that song it feels like it’s a personal kind of story about our journey a little bit as a band and our relationship with people we’ve worked with and come in contact with.

Over the next month, the band will continue on their album promotion tour. While they may not be back in Colorado for a while, fans can keep an eye out for “Where’d Your Weekend Go?” streaming on Spotify or available for purchase via iTunes or Amazon.