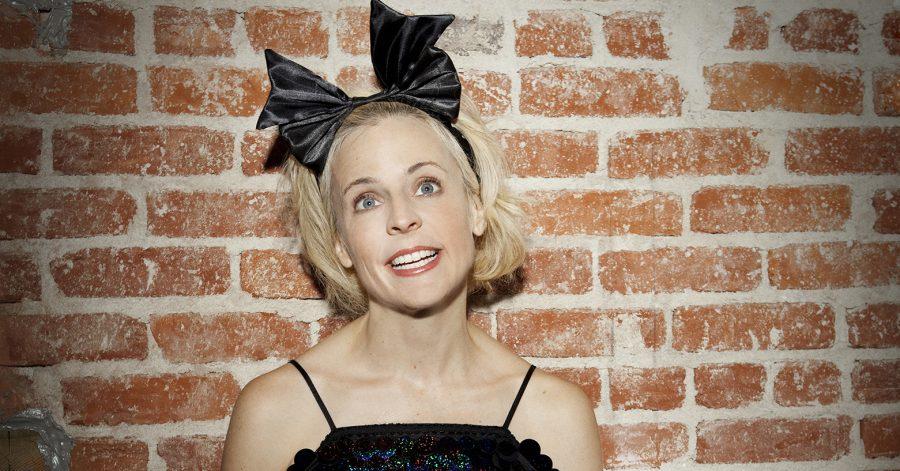 Comedian Maria Bamford’s specialty is getting on stage and telling stories about some of life’s most awkward moments, which she’ll do in her signature style at the Lincoln Center this month.

Awarded the 2016 “Breakout Comedy Star of the Year” at the esteemed Just for Laughs Festival, Bamford is the first female comedian to star in two Comedy Central specials. She also voices numerous characters on popular animated shows like Netflix’s “BoJack Horseman” and Cartoon Network’s “Adventure Time.”

Bamford’s latest role as “Lady Dynamite,” a semi-autobiographical comedy about her journey back into entertainment and her struggles with bipolar disorder, has received critical acclaim for bringing light to the stigma of mental illness.

From a young age, Bamford has been inclined towards humor, initially experimenting with her voices as a child. “I did it as a result of wanting to impersonate my mom as well as get attention,” Bamford said. She’d continued to use them to enhance her storytelling rather than her repertoire.

Perhaps this is what has drawn her to a variety of animated shows. She voices Kelsey Jannings on “BoJack Horseman,” the Slime Princess and Wildberry Princess on “Adventure Time” and Shriek in “CatDog,” among many other vocal roles on other shows.

Bamford has also had a variety of guest appearances on sitcoms like “Louie,” “Dharma & Greg” and “Arrested Development,” which helped to foster her relationship with Mitch Hurwitz, who later created “Lady Dynamite” with Bamford cast as the star.

Despite her work in television, she still enjoys performing live and hopes to also film more comedy specials with Netflix.

“I really liked and still love comedians and it felt natural to go to open mics, I looked forward to it,” Bamford said. She was drawn to pursue comedy professionally because of the sense of community and camaraderie: “It just seemed to be where the love was, where I belonged.”

Her best tip for aspiring comedians? “I guess the same thing I’ve experienced — go where the love is — where you feel inspired.” She went on to say that if such a place can’t be found, create it. If someone creates something original, people are bound to take notice.

It also doesn’t help to be overly competitive — “Be kind to yourself and others. It’s frightening to put your work out there and everybody is in the same boat,” she said.

“The beauty, the clean air and performing with my best friend [and opener] Jackie Kashian!” are what excites her most about performing in Fort Collins. Recently married, Bamford said the audience should expect “Love/hope soundscapes” in the upcoming show.