You Probably Won’t Click This Because It Says “Politics” 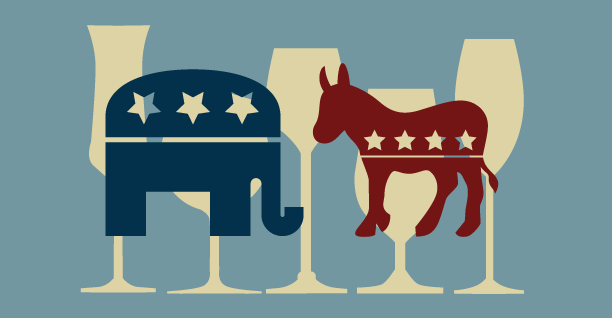 Scrolling through my Twitter feed, there are countless tweets about “The Bachelor” and the Kardashians. Memes showcasing Daniel’s Vans and Papaw’s lonely BBQ sweep the Internet within hours. Yet, when people complain about conflicts that seem inescapable, the answer is almost always “politics.”

We’ve all been stuck in the middle of this obstinate conflict. As much as this heated topic is deemed unavoidable, that’s exactly what our culture constantly does – avoid it. This technique, however, has not proved effective in conveying our opinions to government and inflicting positive change and thus needs to be reevaluated.

Our generation as a whole is often stereotyped as lazy and ill-informed. Statistically, we match this negative perception.

Tuft University’s Center for Information and Research on Civic Learning and Engagement reported that 18-29-year-old voter turnout is at a record low. Only 19.9 percent of youth voted in 2014, compared to the average 26.6 percent of youth turning out to participate in midterm elections from previous years.

The best way to combat our lack of civic engagement, and its accompanying implications, is to directly participate in political discussions with other people.

Consuming regular political news or directly observing the General Assembly’s annual session would certainly be great methods of improving civic knowledge, but they aren’t as practical to integrate into daily life.

If we’re the generation that’s into hyper-disclosure (read: Snapchats of every meal and the culture of the subtweet), why don’t we apply this same principle to our political beliefs?

In light of the large amount of time we spend participating in social media, it is both surprising and disappointing that it is not used to generate regular political engagement.

The entire Twitter-sphere knows that Ted Cruz is the Zodiac Killer and Hillary Clinton and Marco Rubio have jumped on the Snapchat bandwagon, accessible by the usernames hillaryclinton and marcorubio16, respectively.

Jokes aside, only one third of social media users have reposted a political article and even less have provided original links or content.

If we were to simply incorporate content with more substance than more than trending memes into our feed and began consuming and sharing substantial news videos even slightly more often, political conversation would grow into a norm within our culture.

Perhaps older generations have made such open dialogue taboo because intense beliefs often cause controversy and previous generations have heavily prioritized harmony. As we transform our communication style, however, it is important to apply this widespread transparency and engagement to all facets of our life.

Politics, in particular, have caused conflict since their very conception. This is not because they’ve never worked, but rather because they’re designed to create conflict.

The founding fathers of America’s system, most vocally James Madison in the Federalist Papers, recognized the inevitability of dissenting opinion in a democracy. In a society that values individual freedom and choice, there are bound to be people who exploit the nature of the system for individual and minority gain.

When grandparents and youth disagree on economic policy, it doesn’t mean our government is failing us. Rather, it means it is doing its job.

American politics are becoming increasingly polarized among Democrats and Republicans. This means Democrats are more likely to vote Democratic across a whole ticket and identify themselves as ideologically liberal, and likewise for Republicans and conservative ideology.

People of opposing parties are likely now more than ever to have dramatically different viewpoints. This, in turn, means a greater frequency and intensity of conflicts.

Instead of shying away from these issues in fear of damaging relationships, we ought to embrace the conflict as an opportunity for growth. Being open to new viewpoints develops skills for critically evaluating novel information and perspectives. These skills are crucial to be informed members of society and develop strong individual arguments.

Perhaps, if we learned to communicate more about the issues at the foundation of our nation, we could reduce partisan polarization and create a more efficient and cooperative government.