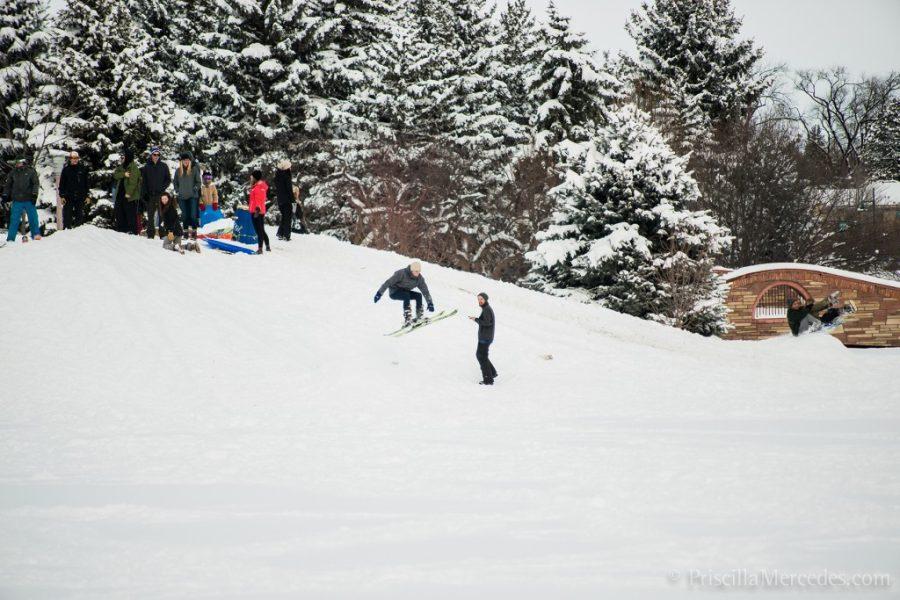 Students found sloped spots around campus, such as around the Lagoon, and took advantage of the opportunity to sled, ski and snowboard.

Tuesday, CSU students were surprised to wake up to a text message and email letting them know that there was going to be a snow day. Anyone who attends CSU knows that snow days are few and far between, with this being the third since 2009.

Fort Collins reported up to 13 inches of snow in some parts of town, and students saw this as an opportunity to go out and “play” in the snow. Areas surrounding the campus, both on and off campus saw students playing sports, sledding and even breaking out their ski and snowboard gear.